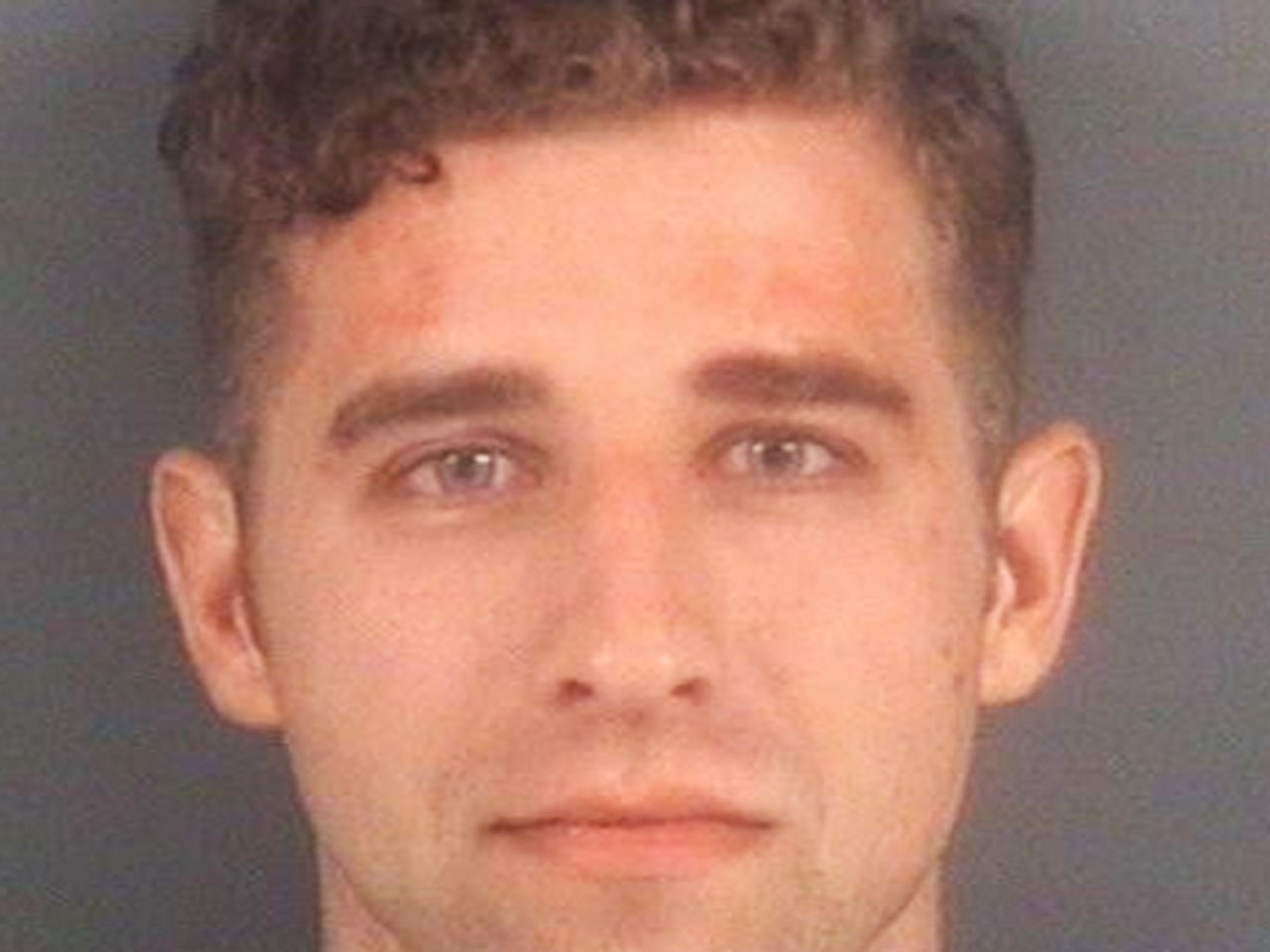 An Army sergeant was facing charges Friday morning for allegedly carrying a military-style rifle and ammunition outside a North Carolina mall.

Twenty-five-year-old Bryan Scott Wolfinger, of the 82nd Airborne, who is stationed at Fort Bragg in North Carolina, forced the busy shopping center in Fayetteville into lockdown Thursday night.

He was taken into custody by Fayetteville police and charged with a misdemeanor -- "going armed to the terror of the public," reports CBSN correspondent Vladimir Duthiers.

This comes on a holiday weekend when people have been told to be vigilant.

The Cross Creek Mall is about 10 miles from Fort Bragg, the nation's largest military installation.

"We got a call, several calls about a subject entering the mall with a rifle," said Fayetteville Assistant Police Chief Anthony Kelly. " ... The first two responding officers made contact with that officer, gave him verbal commands, and the subject complied and they took him into custody."

"They were very panicked, actually; a lot of kids were crying," mall shopper Franchesk Penn said.

"We were just at the counter and the police officer came up and was like, 'Tell everybody to evacuate the mall,' and none of us had any idea what was happening," mall shopper Nya Fountain said.

Investigators told CBS News Wolfinger never made it inside the mall.

They said he had a military-grade tactical vest and was carrying multiple high-capacity magazines.

Initial reports indicated a second armed male was in the mall, but evidence revealed that Wolfinger was there alone, police said.

Fayetteville police told "CBS This Morning" Wolfinger told them he was at the mall because he "was going to have photographs taken at a studio with the military equipment and rifle."

"We just feel it was an individual who made a bad decision," Kelly said.

An Army official tells CBS News correspondent David Martin that right now, Wolfinger is guilty of "very poor judgment," but whether or not he broke military law remains to be seen.

Martin notes Wolfinger would not have been issued an AR-15 by the Army.

The Army has regulations about the storage of personal weapons and that's one thing that will be investigated.

In commemoration of the 50th anniversary of the "Sports Illustrated: Swimsuit Edition," Air New Zealand produced a safety video featuring models in bikinis. The video has gone viral on the Internet, but critics find it sexist
Thanks for reading CBS NEWS.
Create your free account or log in
for more features.
View CBS News In
CBS News App Open
Chrome Safari Continue
Be the first to know
Get browser notifications for breaking news, live events, and exclusive reporting.