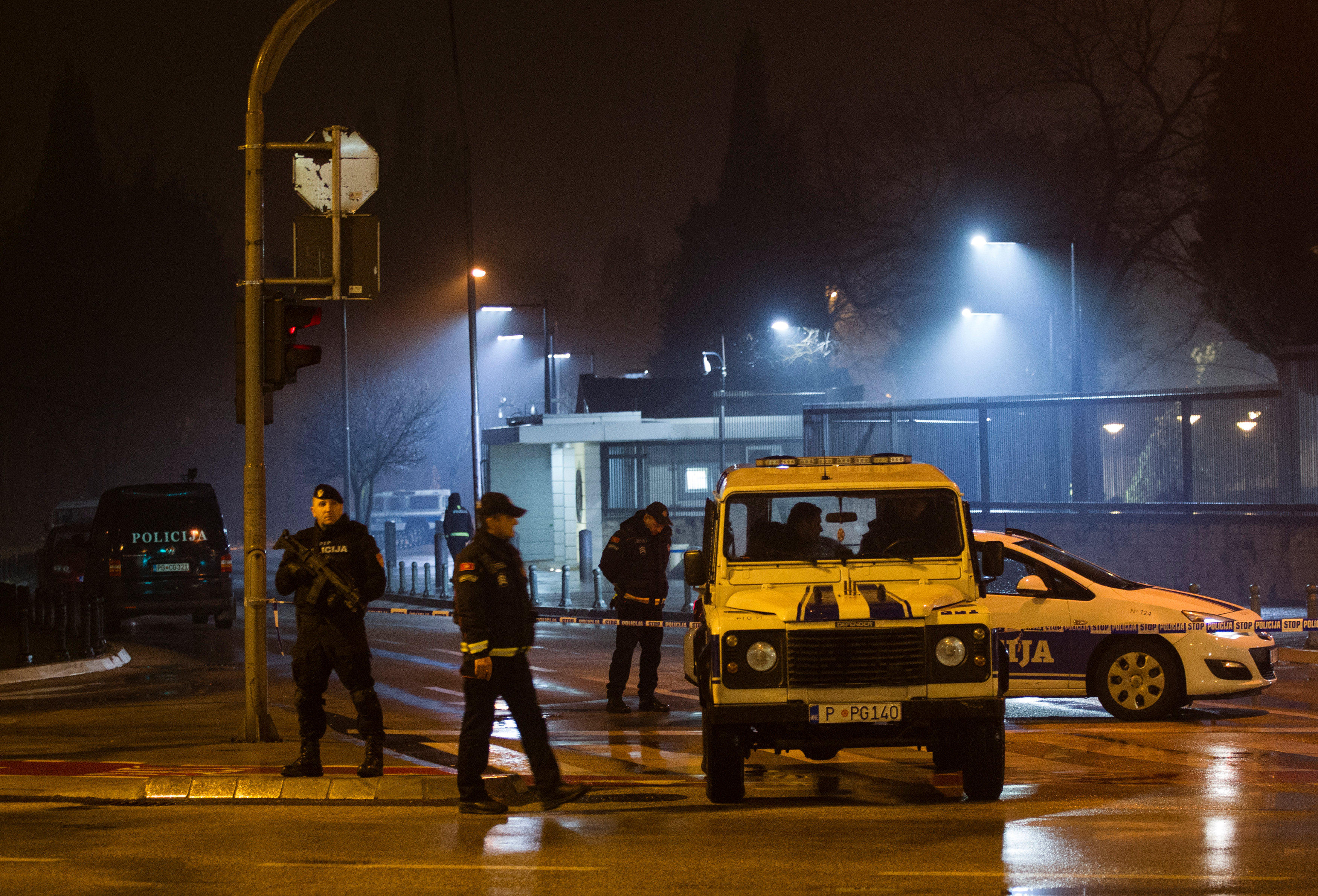 PODGORICA, Montenegro -- An attacker threw a hand grenade at the U.S. Embassy in Montenegro's capital and then killed himself with another explosive device, the government here said Thursday. No one else appeared to have been hurt and there was no major damage. Police sealed off the area after the blasts around midnight.

The U.S. State Department said embassy officials were working with police to identify the assailant and were working internally to confirm all staff are safe.

The embassy said on its Twitter account that all visa services for Thursday were cancelled and access to the embassy for U.S. citizens would be on an "emergency basis" only.

The attacker threw the grenade into the embassy compound from a nearby intersection, according to officials from Montenegro.

"Police came very quickly and the body of a man was taken away," a witness told the French news agency AFP.

Montenegro borders the Adriatic Sea in southeastern Europe. Its capital is Podgorica. It joined NATO last year despite strong opposition from its traditional Slavic ally Russia.

Several people, including two Russian secret service operatives, are on trial in Podgorica on charges that they wanted to overthrow Montenegro's government in 2016 because of its pro-Western policies.

The U.S. established diplomatic ties with the tiny Balkan state in 2006 after it split from much larger Serbia.