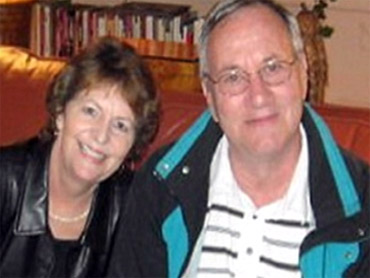 Police in Florida are continuing their investigation of a 62-year-old man who fatally shot his fiancée the day before the wedding after allegedly mistaking her for an intruder.

John Tabutt, 62, told investigators he got his gun when he thought he heard an intruder, then fired at a figure in the hallway, according to Brunelle. It was Tabutt's live-in fiancee, 62-year-old Nancy Dinsmore, whom family members say he was going to marry Saturday. Tabutt told authorities he thought she was next to him in bed the whole time.

Brunelle said police were not yet viewing Tabutt's claim about believing Dinsmore was next to him in bed as suspicious and added Tabutt has no criminal record on file.

"I thought I had an intruder in the house," he told the emergency dispatcher. "Honest to God, she looks dead."

He then thought he heard her take a breath.

As for Tabutt's demeanor when police arrived, "he was as frantic as he sounds on tape," Brunelle said.

"They loved each other," he said. "It was quite apparent."

Winter Springs is about 15 miles north of Orlando.