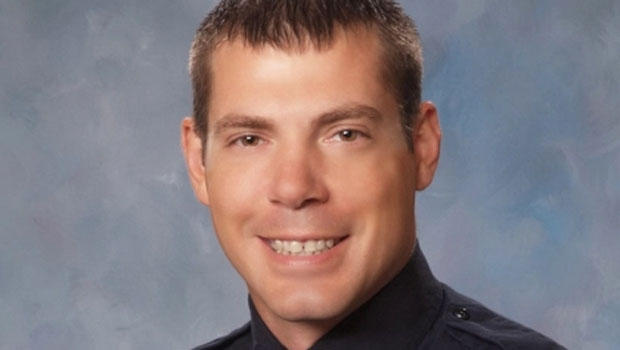 LANSING, Mich. -- A mentally ill man who struck and killed a firefighter with his pickup truck during a charity collection was sentenced Thursday to at least 30 years in prison for second-degree murder.

Grant Taylor declined to speak in court, two weeks after he pleaded guilty but mentally ill in the death of Lansing firefighter Dennis Rodeman.

In 2012, Rodeman was hit in a Lansing street while collecting money for the Muscular Dystrophy Association. Police say Taylor, 24, was upset with slow traffic, exchanged words with Rodeman and threw an apple core at him. He then returned and struck the firefighter with his pickup.

"His death did not only break my heart, it broke all of me and more," she said in a letter read in court by a firefighter. "You stole our future, the life we could have had."

Taylor has a history of mental illness. The case began in 2015 but was delayed at times while he was examined.

"Mental illness is a disease," not a choice, defense attorney Stacia Buchanan told the judge.

But Eric Weber, head of the firefighters union, said Rodeman's death wasn't an accident. He called it "reprehensible and preventable."

Taylor's maximum sentence is 40 years in prison. He will be eligible for parole after 30 years.

A law signed by Gov. Rick Snyder designated a portion of the Interstate 96 business route as Rodeman Memorial Highway.