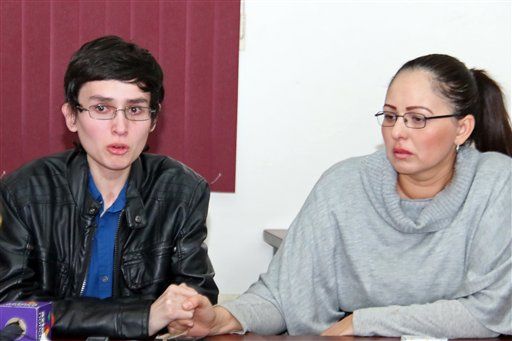 The document, which Jose Chua received and a copy of which was shared with The Associated Press, grants him a temporary stay in the U.S. to seek medical treatment. It comes after Chua was twice denied a tourist visa.

"I don't have words to express my gratitude to everyone who has prayed for us and have helped us find a solution," said Mayra Lopez, Chua's mother.

Chua was born with only one ventricle in his heart, causing circulation problems that mean blood reaches only one of the four chambers. His liver has also been damaged and he needs a heart and liver double-transplant, a procedure that is not performed in his home country.

The so-called "humanitarian parole" can be renewed while Chua is in the U.S. If Chua, who plans to seek treatment at the Mayo Clinic in Rochester, Minnesota, is accepted for the transplant, the wait for organs could be long.

"This is the most complicated case that we have had since we started doing this," said Kevin Forbes, director of the U.S.-based Consejo de Latinos Unidos, which helps uninsured people get access to medical care. "We've never been involved in the transplant waiting list and the complications this implies."

"They will evaluate if it is possible to operate, and in the case that it is, he will have to wait and live near the hospital until the organs arrive. It could be months or years of waiting," Forbes said.

The cost of Chua's diagnosis in the U.S. is expected to be $13,000, plus travel and lodging expenses. His family has resorted to raffles, selling food and accepting donations to raise it. The double transplant itself could cost as much as $2 million.

Forbes said eventually those costs would be negotiated with the hospital and a campaign to raise the money would be launched, including an online crowdfunding effort.