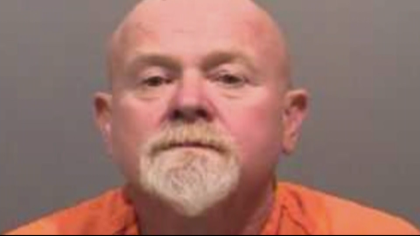 CONIFER, Colo. -- A man says he was stripped of his clothes, beaten, and locked in a shipping container for hours by his uncle, who now faces multiple charges including assault, robbery, and kidnapping, CBS Denver reports.

"The allegations are that he beat him severely, for an extended period of time," Jefferson County district attorney Jeffrey Weir told CBS Denver. "Then locked him up in the storage shed."

Adonis Gomez, 21, went to visit his uncle on Sept. 11 to pick up some power tools he left at the house. He said he had lived with Sichting, his uncles, but moved out and wanted to go back to collect some of his belongings. But when he got there, Gomez told investigators Sichting then accused him of stealing $3,000.

According to investigators, Gomez says he was pushed into a shipping container on the property and beaten by his uncle. He says Sichting also had the help of another man to keep him inside the container and attack him during the several hours he was trapped.

The Jefferson County Sheriff's Office learned about this case from a 911 call a neighbor made across the street along Parsons Rd.

Gomez says he finally got a chance to escape and ran through the trees on his uncle's property to the house on the other side of the road.

The neighbor told investigators Gomez showed up wearing only boxers, socks, and a blanket.

The district attorney's office says the fact that the victim and the defendant are nephew and uncle will not have any impact on the prosecution of this case.

"We don't necessarily look at those relationships," said Weir. "We look at the activities of the individuals involved, and based upon the allegations that have been presented as part of the investigation, at this point we feel these are appropriate charges to bring."

Sichting posted bond of $50,000 and will be in court in October.

Gomez was treated for his injuries that night after he escaped, doctors said he did not suffer and serious injuries.