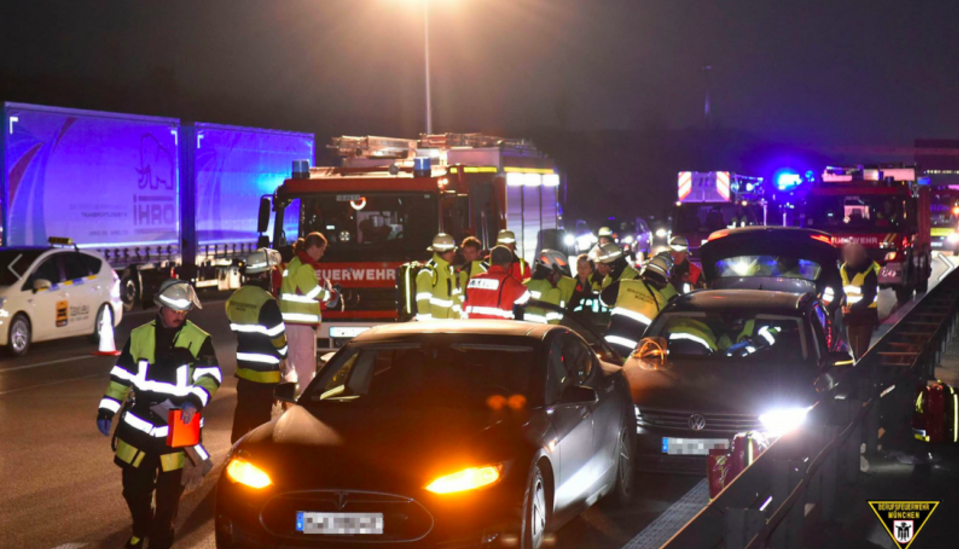 When a man in a Tesla Model S saw a driver in a Volkswagen Passat ahead of him driving erratically, slamming against a guardrail and swerving uncontrollably, he knew something must be wrong.

The 41-year-old Tesla driver, Manfred Kick, could see the unconscious man slumped over his steering wheel while driving on the Autobahn near Munich, Germany, according to the German newspaper Muenchner Merkur.

Kick called the police to report the incident, but he knew he didn’t have much time — so he took a big risk: he pulled his Model S directly in front of the Passat, hoping to bring the other car to a halt.

Slowly, he tapped the brakes and felt the car hit his bumper with a loud thud, and then he eased it to a stop.

“I had to stop his car somehow, otherwise it would have continued forever,” Kick later told the German paper. “And it was clear that the driver needed urgent help.”

But the good deed didn’t stop there.

Kick sprinted from his vehicle to attend to the 47-year-old driver, who, according to Muenchner Merkur, possibly suffered a stroke. He waited with the man until emergency responders arrived to transport him to a local hospital.

The story of Kick’s bravery and kindness spread online this week, capturing the attention of one individual in particular: Tesla CEO Elon Musk.

“Congrats to the Tesla owner who sacrificed damage to his own car to bring a car with an unconscious driver safely to a stop!” Musk tweeted on Wednesday.

In a show of appreciation for the heroic driver’s move, Musk said Tesla would cover all of his repair costs “free of charge.”

Officials say the Volkswagen driver suffered “internal injuries” and was taken to a special clinic for treatment. They have not yet provided an update on his condition.