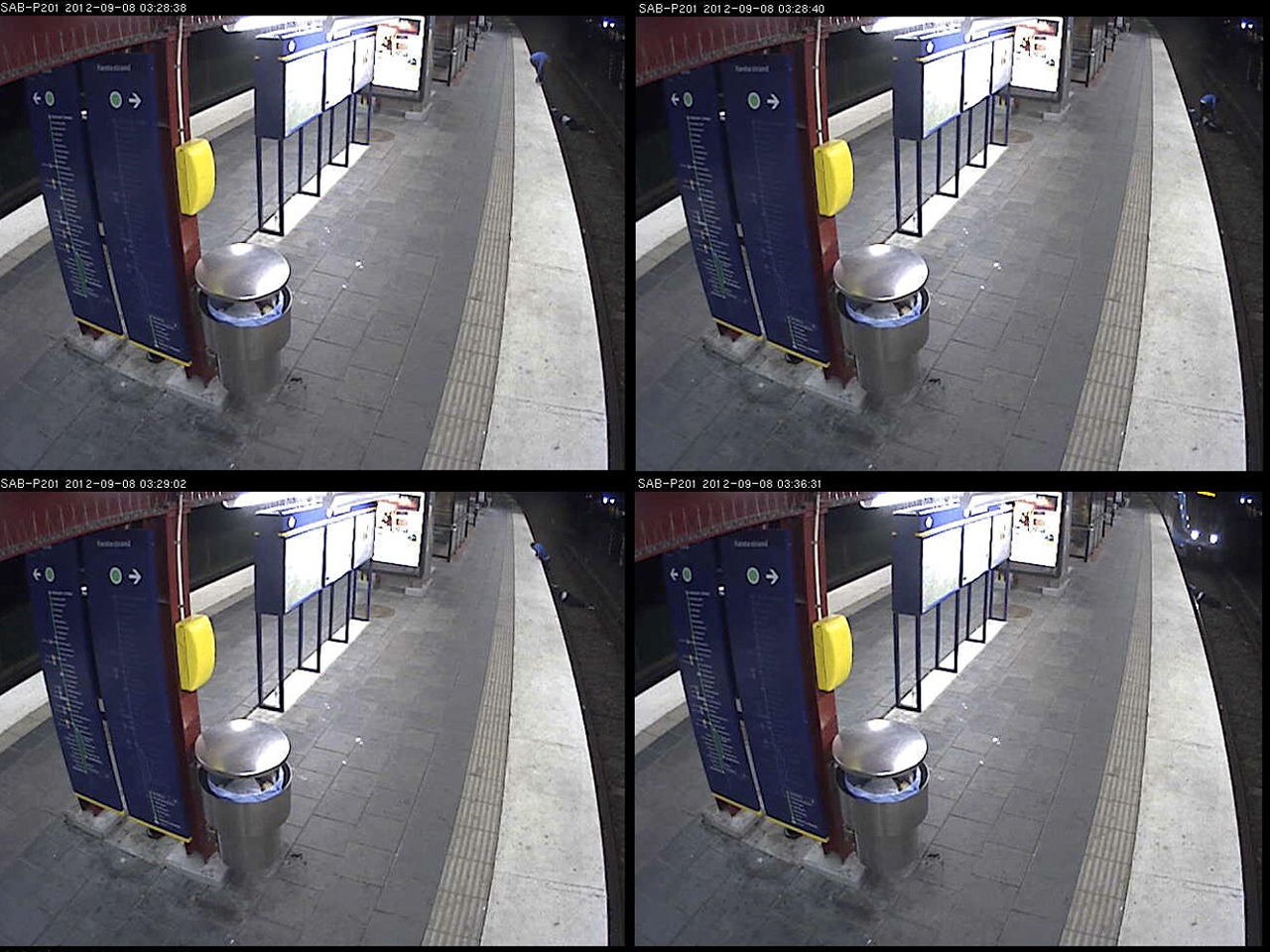 (AP) STOCKHOLM - A drunk, middle-aged man falls off a subway platform and is knocked unconscious as his head hits the tracks.

A bystander who witnessed the accident jumps down after him — but not for a daring rescue before the train arrives.

Instead, the witness steals the man's valuables, climbs back on the platform and leaves his victim to be hit by a train. (Watch at left surveillance camera footage of the robbery)

The man — who was on his way home from a party — survived, but was seriously injured and doctors had to amputate half his left foot, Sweden's TV3 channel reported.

Swedish police now hope that surveillance camera footage of the disturbing incident at a Stockholm subway station early Sunday will help them find and arrest the unscrupulous thief.

Police said Thursday they have received several tips after the video was shown on TV3 this week on Sweden's equivalent to "America's Most Wanted."

It was also shown by several other TV stations.

"To me it's incredible that one could steal or rob from somebody who is lying in such a place where you know that, if I don't do something, then this person will, in a worst-case scenario, get killed by the train that is coming. Because the train is going to come," police inspector Dan Ostman told TV4.

The thief had short, dark hair and was wearing a blue jacket and dark pants. He was described as being between 35 and 40 years old and about 5-foot-9.

He calmly walked out of the subway station, waving to the ticket vendor, as a train ran over the victim on the tracks below.