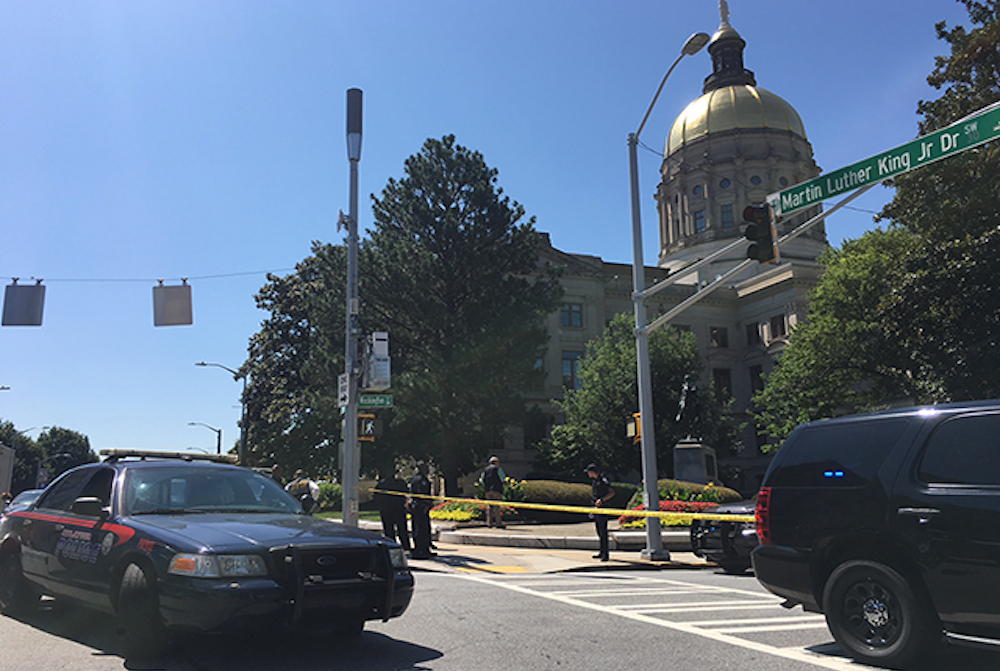 ATLANTA -- A man who says he was disgruntled with the Veterans Affairs system strapped fireworks to his chest and lit himself on fire in front of the Georgia Capitol on Tuesday. The incident prompted the Capitol building in Atlanta to be evacuated and the surrounding streets to be shut down. No one else was injured.

Mark Perry, Director of Public Information for the Georgia Department of Public Safety, said the man's condition wasn't immediately known, though he was burned but could still speak to officers.

The man, whose identity wasn't immediately known, was brought to Grady Memorial Hospital.

Several roads in the area are blocked off as police investigate the incident. They are asking residents to avoid the area, CBS Atlanta affiliate WGCL-TV reports.