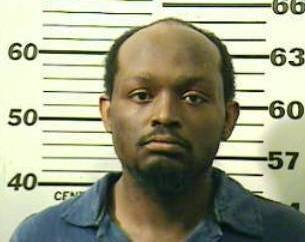 (CBS/WKRG) PRICHARD, Ala. - If you're eating right about now, you may want to stop.

In a disturbingly bizarre case, police in Alabama have arrested a man on assault charges after they say he confessed to plucking out his uncle's eyeballs with a spoon.

Police got a 911 call about 6:30 Monday night from relatives of the alleged victim, a 79-year-old man named Bonnie Pogue.

When officers got to the house, they say they found a bloody spoon on the kitchen table and Pogue's eyeballs in the garbage can.

Knight was arrested and charged with assault.  Pogue survived the attack.

According to jail records, Knight has no prior arrests for violent crimes. He was previously arrested for disorderly conduct, resisting arrest and failure to obey a policeman.

Bond was denied for Knight, who is due back in court Thursday.