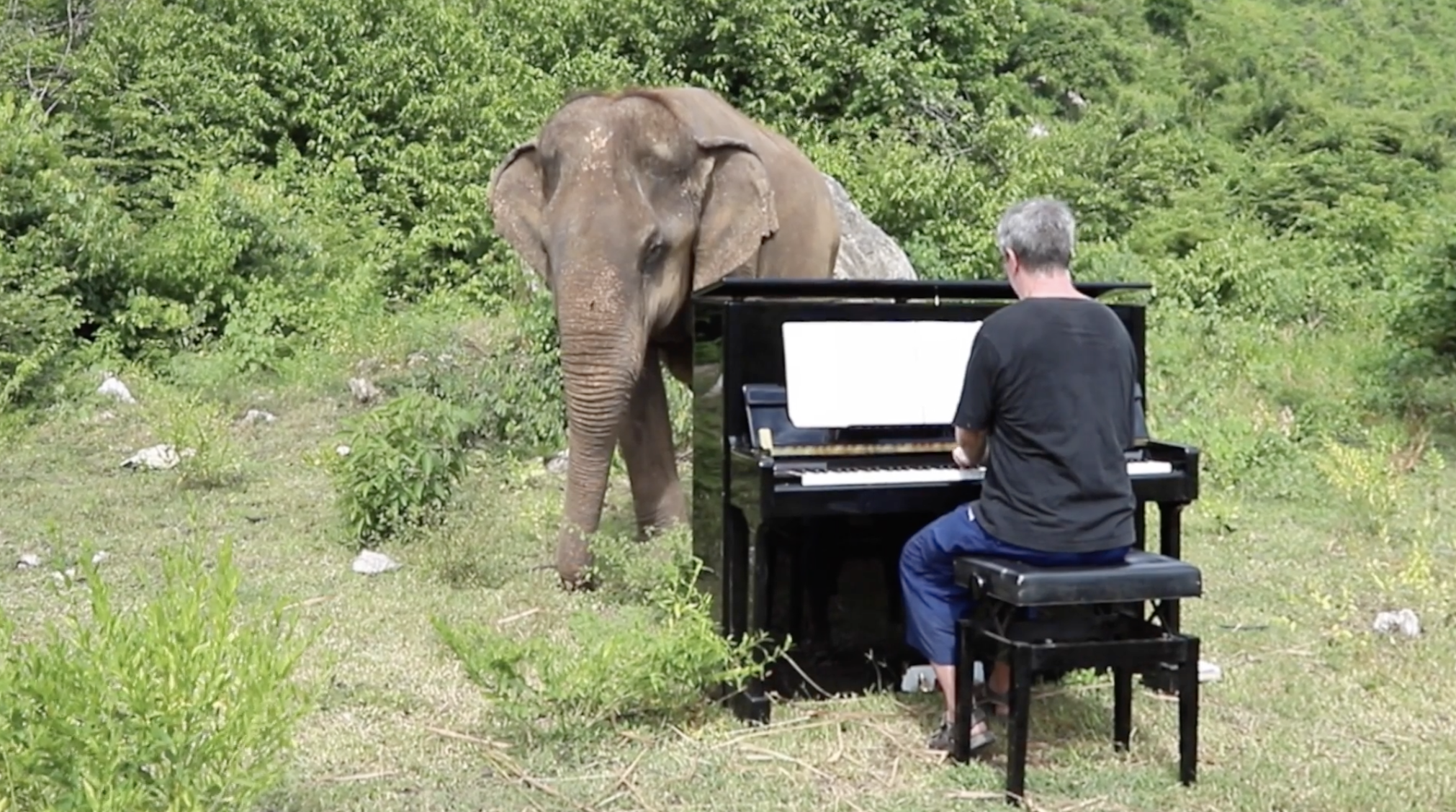 They say an elephant never forgets, and those at Elephants World in Thailand will certainly never forget Paul Barton. Barton is the man who introduced these elephants to classical music.

Barton is a classical pianist who has shared his talents with some very big audiences — literally big. He spends a lot of his time performing for elephants. Barton shares his experiences with these giant creatures in vlogs on his YouTube channel and on Facebook, and his videos have gone viral.

It all started when he and his wife first discovered the sanctuary, Elephants World, online, Barton explains in a video. "We liked the sound of the place being a retirement center for old, injured and handicapped former logging and trekking elephants," Barton said. "So we paid them a visit. I wondered if these old rescue elephants might like to listen to some slow classical music."

"[He] was often in pain, and I like to think maybe the soothing the music gave him some comfort in the darkness," Barton said in the video. The musician said this was the first elephant to really take to his music. Sadly, the gentle giant died of an infection, Barton said. "I was heartbroken when he died," he said.

The musician returned to Elephants World to perform for the other ailing animals. The sanctuary is home to older elephants, and a few of them are blind. Barton said he believes the music helps calm the elephants.

Barton usually describes the composer and piece of music he's playing as well as the elephant he's playing for. "Clair de Lune by Debussy on piano for a gentle female elephant called Ampan. Ampan is 80 years old," Barton wrote for one video. "Bach on Piano for Blind Elephant," he titled Lam Duan's video.

Despite the fact that some animals in his audience are old and can't see, they don't need to. When Barton comes to play his soothing piano, they can take part in the beauty of the world again.