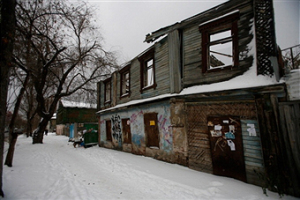 SPRINGDALE, Ohio – A family in Ohio went out of town to visit a dying relative only to return and find a complete stranger living in their home - and worse yet - that stranger now claims he legally owns the house.

WLWT-TV reports Robert Carr moved into a house, changed the locks, and emptied the house.

Carr says he is able to claim the property through something called a “quiet title.” He reportedly claims the family abandoned the house and gave up their rights.

Carr wants to keep the home and not have to pay a penny.

“What he’s looking for is full title and ownership of the home,” Alison Warner, the family’s attorney, told WLWT. “He’s in their home. They don’t know when he’s there. He can be there now.”

The family has pressed charges against Carr for breaking and entering but he is fighting that charge, reports CBS Cleveland.

The FBI has reportedly been informed about the case.

What's more, WLTW reports it has uncovered a dozen cases in which Robert Carr tried to gain ownership of abandoned or foreclosed properties.