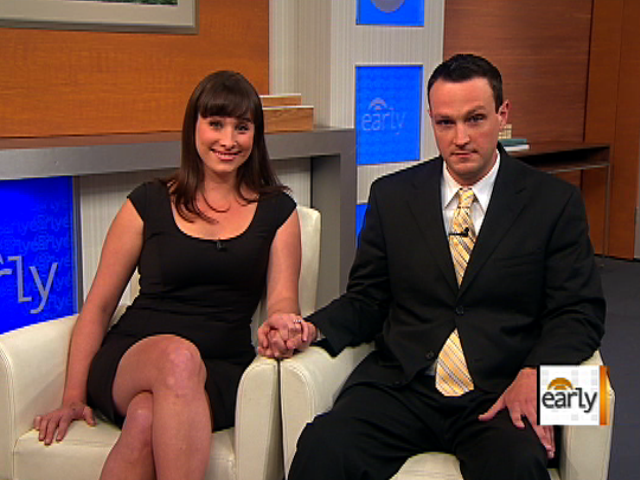 An 18-letter phrase meant a perfect marriage proposal for one couple from Alexandria, Va.

That's because Cory Newman decided to propose to his girlfriend in a clever way: a crossword puzzle.

When Newman decided to propose to his girlfriend, Marlowe Epstein, he knew he had to be creative. And after watching her do the Washington Post crossword puzzle every Sunday for more than a year -- he had a plan.

"I came one the idea to do a crossword puzzle with the answers being the proposal," he said.

Newman, admittingly, more of a Sudoku guy, plotted with the editor for months to pull it off.

"It was important for me for him to tell me anything he could about her so I would have material to put in the puzzle to make it special for her," said crossword puzzle creator, Bob Klahn.

The crossword went to print in the past weekend's paper, but Newman couldn't find a newspaper, so he frantically scoured the city for an early Sunday edition that would have the puzzle. When no shops had them -- he resorted to swiping one off the sidewalk.

He set up a hidden camera to capture it all and waited for the clever proposal to unfold as Marlowe filled in the blanks. What was her reaction when she realized it was a marriage proposal? Was she surprised?

In an "Early Show" interview with co-anchor Erica Hill, Epstein shared her reaction to the unique proposal: