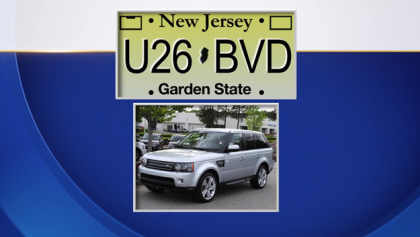 SHORT HILLS, N.J. - Authorities are searching for two suspects wanted in the deadly shooting of a man who had just finished holiday shopping with his wife at an upscale mall in northern New Jersey.

Acting Essex County Prosecutor Carolyn Murray says the shooting happened around 9 p.m. Sunday at The Mall at Short Hills. She says two men confronted a couple returning to their vehicle on the third level of a parking deck.

Murray says the husband, a 30-year-old Hudson County resident, was shot in the head as he opened the door for his wife before the men took off in his silver 2012 Range Rover. His wife was not injured.

The man was pronounced dead at a hospital.

The name of the victim has not been released.

Authorities are asking those with information in connection with the shooting to contact them.