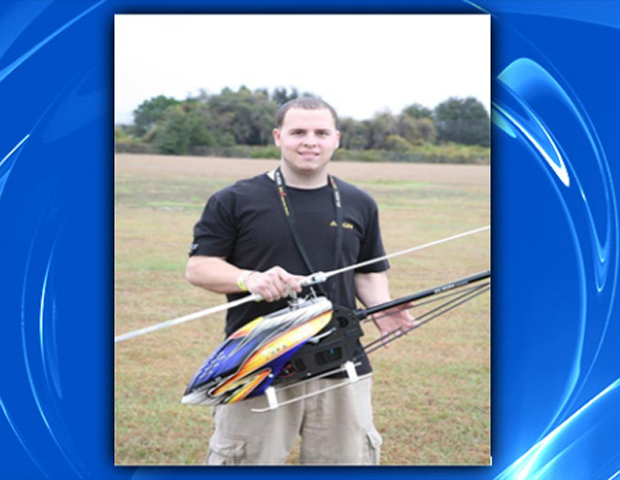 NEW YORK A teenage remote control helicopter enthusiast flying one in a park on Thursday was struck in the head by it and killed.

Roman Pirozek Jr., 19, was pronounced dead at a Brooklyn park near a busy parkway, and initial reports suggested he was killed by the helicopter's blade, police said. CBS Station WCBS New York reported that Pizorek suffered from a severed neck when the chopper blade somehow struck him.

The accident occurred in Calvert Vaux Park, where operating remote control helicopters is allowed in designated areas. A club for hobbyists, the Seaview Rotary Wings Helicopter Club, flies its aircraft from a field there.

Pirozek's father, Roman Pirozek, is a vice president of the club. He and other club members didn't return messages seeking comment Thursday.

Police said they didn't suspect any criminal act was involved in the teenager's death. They didn't immediately release the model and make of the helicopter he was flying.

In a YouTube video posted in July by someone named Roman Pirozek Jr., a T-Rex 700N DFC is shown flying around at high speeds in lateral and vertical jolts.

That particular make is on the larger side of remote control helicopters, said Rich Hanson, spokesman for the Muncie, Ind.-based Academy of Model Aeronautics, a membership group of hobbyists.

Hanson said the helicopter has an almost 4 1/2-foot wingspan and can reach speeds of up to 60 mph but is used primarily for tricky, acrobatic maneuvers.

"Flying a RC helicopter is one of the more difficult aircraft to operate," he said. "There are really two common reasons one might go out: pilot error or equipment failure."