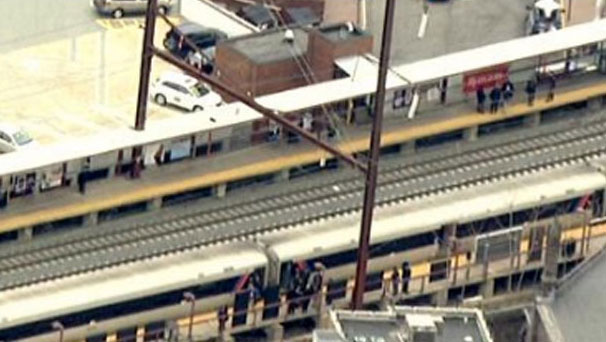 NEW BRUNSWICK, N.J. - A man was struck and killed as he leaned into the path of a NJ Transit train at the New Brunswick station Tuesday afternoon and three other people were hospitalized after they were hit by the man's flying body parts, CBS New York reported.

The accident happened just before 5 p.m. Tuesday. A Penn Station-bound Northeast Corridor train hit and killed the man, according to NJ Transit.

The man was not on the tracks. Eyewitnesses said he was leaning into the path of the train from the platform when he was struck.

Four others were struck by parts of the man's body when the train hit him. One refused medical attention, while three others were taken to Robert Wood Johnson University Hospital in New Brunswick with non-life-threatening injuries.

Following the accident, Northeast Corridor service was suspended between Penn Station and Trenton. Service had resumed by 6:15 p.m., but was delayed by up to 30 minutes.