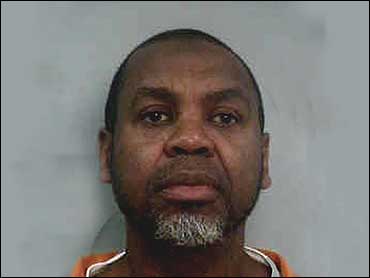 A suspect in the 1975 slaying of a 9-year-old Girl Scout, who disappeared while delivering Girl Scout cookies, has been indicted by a grand jury, prosecutors announced Friday.

Nashville District Attorney Torry Johnson said Jerome Sidney Barrett was indicted by a grand jury Tuesday on charges of first-degree murder and felony murder. The charges were made public Friday after Barrett, who is in jail on charges in another 1975 slaying, was informed of the indictment.

Marcia Trimble disappeared from her upscale neighborhood Feb. 25, 1975. Her body was found 33 days later sticking out from a plastic wading pool in a neighbor's garage, and authorities later said she had been strangled.

The case was Nashville's most notorious unsolved murder for 33 years.

Barrett is awaiting trial on another murder charge in the 1975 killing and rape of Vanderbilt University student Sarah Vannatta Des Prez on Feb. 2, 1975.

"He's eager for his day in court," said Kerry Haymaker, Barrett's attorney in the Des Prez case. "He pleaded not guilty in the other case, and he'll be pleading not guilty in this case, I'm sure."

Barrett, 61, was living in Memphis when he was arrested late last year, according to court records.

Marcia Trimble's mother, Virginia Trimble, responded to the announcement in a written statement.

"I praise God for the never-yielding investigation work of the Metro Police Department as they, joined with the District Attorney's Office, may finally bring justice for Marcia and solve her murder that has haunted us all for 33 years," she wrote.

Thurman said "scientific evidence" linked Barrett to the murder, but declined to elaborate. Police announced in 2002 that DNA from a semen sample taken from the girl's body had ruled out several suspects in her murder.

Thurman said he couldn't comment on whether the girl was sexually assaulted. He said the felony murder charge, which indicates she was killed during the commission of another crime, came because investigators believe "something of value" was taken from the girl.

"None of us can begin to imagine the horrible tragedy this has been to the Trimble family and our community," he said.