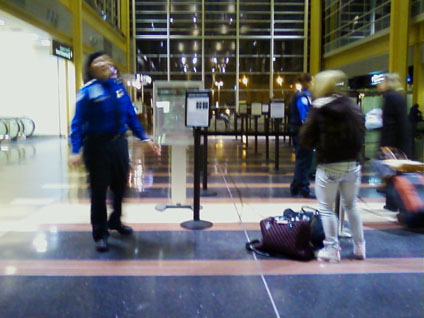 PHILADELPHIA -- A college student detained at an airport for five hours in 2009 over Arabic language flashcards that included the words "bomb" and "to kill" has won a $25,000 settlement from the Justice Department.

A U.S. appeals court previously cleared federal agents of liability while acknowledging that the 30 minutes they spent questioning George was "at the outer boundary" of reasonableness.

City police separately detained him for more than four hours, half that time in handcuffs, as they waited for FBI agents to arrive. The agents ultimately deemed him harmless.

The agreement reiterates that police must have "reasonable suspicion" to detain someone and "probable cause" to arrest them.

"It felt to me, at the time, like there really wasn't a policy," the 27-year-old George told The Associated Press. George said he's satisfied with the resolution of the case.

George, then 21, was returning to Pomona College in California from his suburban Philadelphia home in August 2009 and removed the flashcards from his pocket as he went through security. He was studying Arabic and had visited several Mideast countries through a summer study program.

"So do you see why these cards are suspicious?" she asked, according to the 2010 lawsuit.

George was also questioned about a book that he had with him -- written by a former aide to President Ronald Reagan -- that was critical of U.S. foreign policy in the Mideast.

He missed his flight and couldn't fly out until the next day.

A federal judge initially upheld George's right to sue the federal agents individually over the denial of his liberty and free speech rights, but an appeals court sided with the agents. Neither the city nor the Justice Department admits wrongdoing in the settlement.

Lawyers for the city believe they had reasonable suspicion to detain George while they investigated a potential threat, and they said the new training simply reiterates the current policy on airport stops.

"He was detained because he had Arabic flashcards that said 'bomb' on them," said Craig Straw, chief of civil rights litigation in the city law department. "We're not going to let somebody leave until the investigation is completed."

The American Civil Liberties Union represented George. The settlement requires the city to instruct airport police that they need more than a referral by the TSA to hold someone.

"TSA agents and the police felt they had the authority to detain and then arrest me, purely on ignorant assumptions about a language spoken by 295 million people worldwide," George wrote in a recent blog post. "No one would tell me why I was being not just searched but arrested. ... And no one knew I was there."