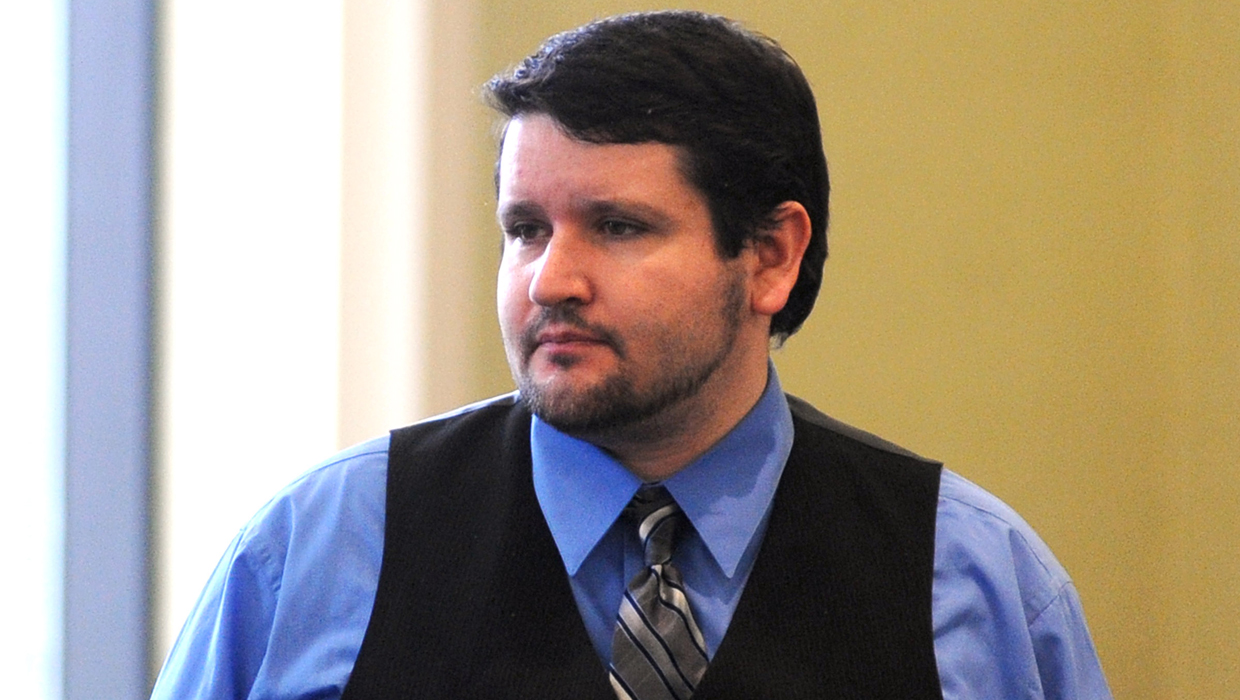 DOVER, N.H. - A New Hampshire man who raped and killed a college student has been sentenced to life in prison after the victim's family tearfully and angrily lamented what he took from them.

A judge handed down the maximum sentence to 31-year-old Seth Mazzaglia on Thursday for the Oct. 9, 2012, killing of 19-year-old Elizabeth "Lizzi" Marriott of Westborough, Massachusetts.

In court, Mazzaglia spoke briefly, saying he didn't kill Marriott but he helped dispose of her body. He said he was sorry for the family's loss.

"I did not rape and murder Elizabeth Marriott," he said. "However, I do understand the Marriott family's pain and I did play a part in covering up her death, a mistake I tried to correct when investigators came to me and I showed them exactly where I left Lizzi's body. Unfortunately, they were unable to recover her and for that I am truly sorry. My heart goes out to the Marriot family and I am very sorry for their loss."

Mazzaglia was convicted in June of first-degree murder and other charges. The key witness was Mazzaglia's ex-girlfriend, Kathryn McDonough, who testified that she lured Marriott to their apartment as a sexual offering for her domineering boyfriend.

McDonough testified that Mazzaglia strangled Marriott after she twice rejected his sexual advances. The pair then threw Marriott's body in a river. It's never been found.

Marriot's mother told Mazzaglia on Thursday that she "unequivocally" hates him.

"Mr. Mazzaglia, I want you to know that I unequivocally hate you," Melissa Marriott said in a firm voice. "You are a cowardly, despicable person. You stole our smart, vivacious, beautiful daughter from us. You murdered Lizzi, raped her lifeless body and then threw her away because Lizzi had the self-confidence and the self-esteem to say no to you."

McDonough testified that she lured Marriott to the apartment on Oct. 9, 2012, as a sexual gift to her domineering boyfriend. She is serving 1 1/2 to 3 years in prison for hindering prosecution.

Also addressing Mazzaglia were Marriott's grandparents, father, girlfriend and other relatives and friends.

At least eight of the jurors who convicted Mazzaglia also were in attendance.

On an easel, a large portrait of a beaming Elizabeth Marriott holding out a frog in the palm of her hands was tilted toward Mazzaglia. His parents were also in court, separated from Marriott's relatives and friends by a table where a court security officer sat.

McDonough initially told investigators that Marriott died while the two women were engaged in consensual rough sex. Granted immunity from prosecution, she later said Mazzaglia strangled Marriott after she twice rebuffed him. The pair threw Marriott's body in a river. It's never been found.