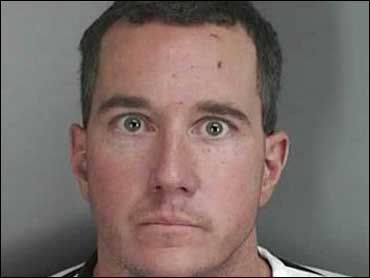 A man who killed and dismembered his wife was sentenced Thursday to serve a minimum of 50 years behind bars by a judge who decried his actions as "demonic, manipulative, barbaric and dishonest."

Stephen Grant, 38, choked his wife Tara to death then cut up her corpse in a machine shop. After the killing, he tearfully told reporters he was not involved in her disappearance.

Grant, on the advice of his lawyer, did not speak during the sentencing.

A jury found him guilty in December of second-degree murder. Prosecutors had sought a first-degree murder conviction, but the jury could not unanimously agree that Grant's actions were premeditated.

As part of the Prosecutor Eric Smith's sentencing proposal, Smith revealed for the first time that the Grant children had witnessed their mother's murder, reports CBS News radio affiliate WWJ in Detroit.

Tara Grant's sister Alicia Standerfer told prosecutors about the new development after the Grants' daughter informed her on Christmas Day that she had watched her father strangle her mother, reports WWJ.

The defense was seeking a sentence of 15 to 25 years, and he was sentenced to 50 to 80 years in the killing. He received 6 to 10 years for mutilating the body.

Judge Diane Druzinski said she was satisfied with the sentence and called Grant's actions "demonic, manipulative, barbaric and dishonest."

Grant contacted the Macomb County sheriff's department on Feb. 14, 2007, and said he had not seen his wife since they argued Feb. 9 about her frequent business trips overseas.

On March 2, Grant borrowed a friend's pickup truck and drove away after allowing deputies inside his house to execute a search warrant. They found Tara Grant's torso in a container in the garage, and a warrant for his arrest was issued the next day.

Authorities picked up Grant's trail by tracking cell phone calls that led them to Wilderness State Park, more than 200 miles north of Grant's home. He was found hiding under a tree and wearing only a shirt, slacks and socks in 14-degree weather.

During the trial, a jury heard a graphic, three-hour recorded confession Grant gave while being treated for frostbite and hypothermia at a hospital.