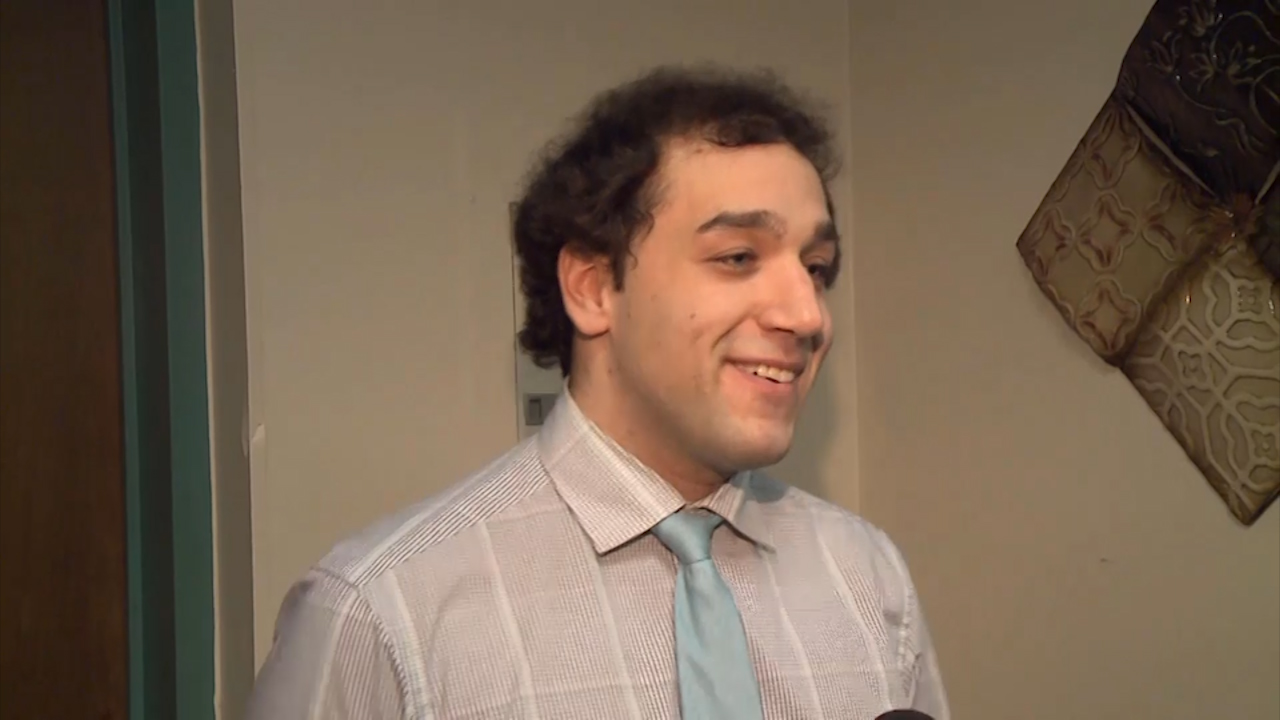 "We knew we needed a big, big miracle." Those words from Pennsylvania mom Sissy Smith suggest just how grim the prospects seemed for her 26-year-old son, Justin, who was found unconscious and frozen after a night out in subzero temperatures last winter.

Somehow they got that miracle -- and Justin, who was on the verge of being declared dead, not only survived but is thriving and returned to the hospital this week to thank those who saved his life.

The story began in February 2015 when Justin Smith was walking home after a night out at a bar with friends. He doesn't remember what happened, but doctors believe he must have slipped, hit his head and fallen onto a snowbank, The Morning Call newspaper reports. His father found him there the next morning after 12 hours exposed to the elements. The temperature overnight had fallen to 4 degrees below zero, the paper reports.

"I looked over and there was Justin laying there and he was laying face up there like this," Don Smith told WNEP-TV. "He was blue. His face he was lifeless. I checked for a pulse. I checked for a heartbeat. There was nothing."

"The coroner was on scene. The state police were on scene. They were doing essentially a death investigation," Dr. Gerald Coleman recalls.

There, doctors hooked him up to what's called an ECMO machine to warm up Justin's blood. ECMO -- which stands for extracorporeal membrane oxygenation -- is a treatment that uses a pump to circulate blood through a machine that warms and restores oxygen to it and then return it back into the bloodstream.

Eventually his heart started beating again. But Smith remained in a coma for the next 15 days. When he finally woke up, The Morning Call reports doctors were amazed that he did not seem to have suffered any brain damage.

"When you look at the science of what happened to Justin, it was really hard to imagine that anyone on Earth could survive this," Dr. John Castaldo told WNEP-TV. Dr. James Wu of the Lehigh Valley Health Network explained to the station that when a person has very low body temperature, it can preserve the brain and other organ functions.

Justin, who is now working on his college degree, returned to the hospital with his family on Monday to thank the medical team.

"Things happen for a reason," Coleman said as he reunited with his "miracle" patient. "This just kind of renewed the faith of why I do what I do every day."