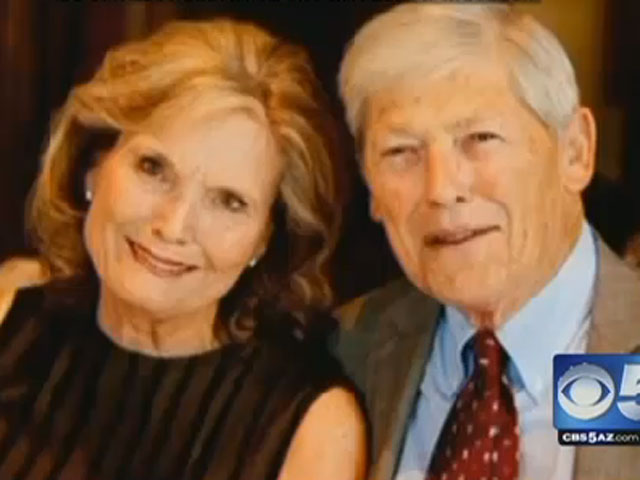 (CBS/AP) PARADISE VALLEY, Ariz. - Police said Tuesday that they have arrested five people in the deaths of an Arizona couple found tied up and burned beyond recognition in their home in a posh Phoenix suburb.

The murder of the Shapiros, who were well-to-do philanthropists in their 70s, was the first in nearly eight years in Paradise Valley.

Police have released few details about the crime, including what they think the motive may have been. A murder weapon and stolen property have been recovered.

Phoenix police found the Shapiros' car on fire behind a strip mall 20 miles away from their home on the morning of Jan. 30. An officer arrived at their house and saw smoke coming from inside. Firefighters put out the fires and discovered the bodies. They had to be positively identified using dental records.

Police did not reveal what the murder weapon was or how they tracked down the suspects. They also refused to answer reporters' questions.

Bennett said detectives didn't have reason to believe that the Shapiros were specifically targeted.

Coulson says he was warned by Crane's own cousin, "He's a felon. He's out on probation. He's dangerous. Do not have any conflict with him. Do not approach him."

Coulson says Crane had to be forcibly removed from his aunt's home in recent weeks. He says he remembers police served a search warrant and arrested Crane after taking items from the home. Crane's cousin told his neighbor there were, "guns, ammunition, drugs, drug paraphernalia. He had machetes that were stuck in the walls and a stolen motorcycle in the living room."

Later, Coulson says he recalls hearing Crane's family members were scared of him after he was released from prison on bail. "We know he's coming for us. He needs money. He needs money bad."

"This continues to be an active investigation. Efforts to locate persons of interest are ongoing," Bennett said.