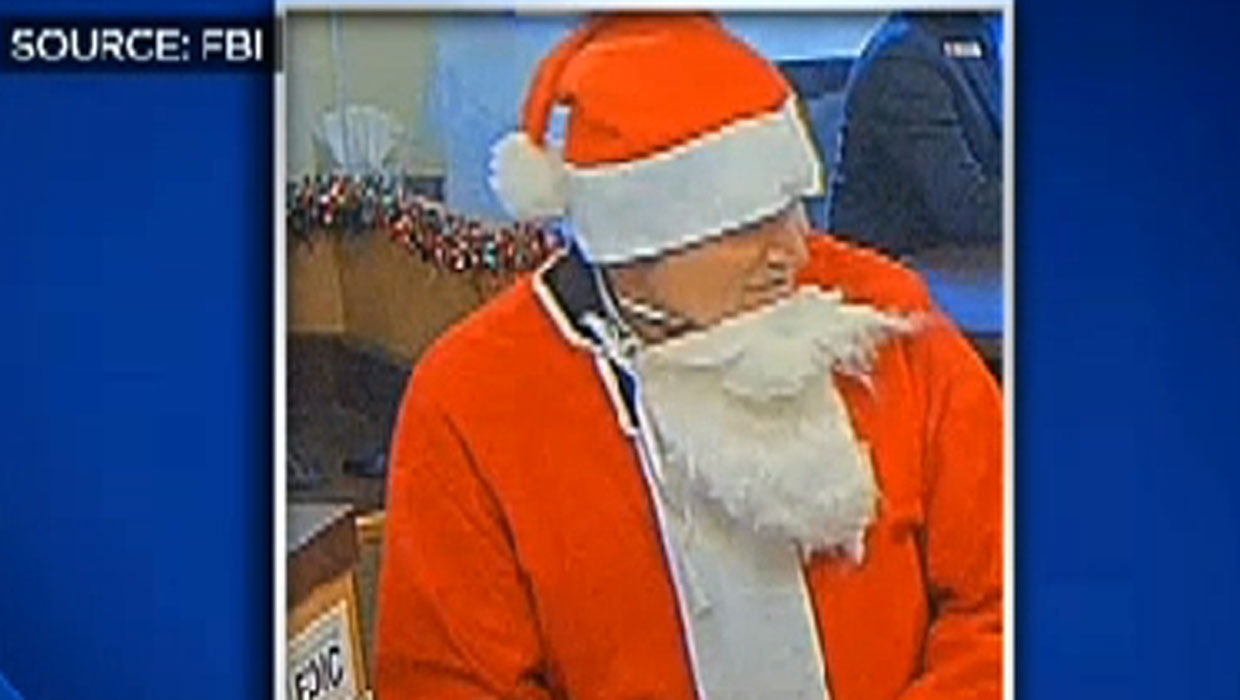 SAN FRANCISCO - Police are looking for a man in a red suit and a white beard who robbed a San Francisco Wells Fargo bank during the city's SantaCon street party last weekend.

According to CBS San Francisco, the man approached the teller window in the early afternoon Saturday with a demand note in hand, and then walked away.

The man is described as being in his 40s or 50s and standing about 5-feet, 11-inches tall.

After the robbery, he reportedly slipped into the crowd of hundreds of others red-suited merry-makers who were drinking and partying in the streets around Union Square.

"The suspect decided to take advantage of this event dressed as a Santa," said SFPD spokeswoman Grace Gatpandan.

FBI Special Agent Brian said anyone with information about the identity or whereabouts of the suspect should contact their nearest FBI office or dial 911.

Tips could also be submitted at tips.fbi.gov.