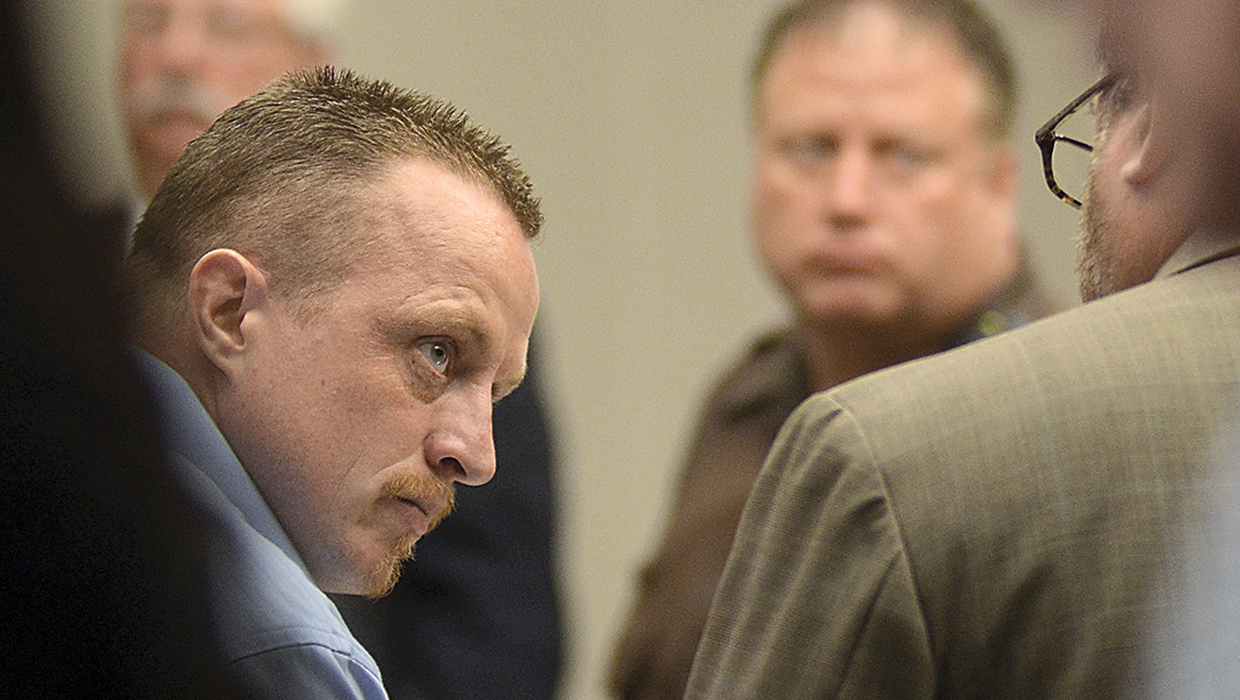 ROCK ISLAND, Ill. - A man serving life sentences for two killings was convicted Thursday in the deaths of four others who were fatally beaten with a hammer in a northwest Illinois apartment.

After a little over three hours of deliberations, jurors found Nicholas Sheley, 34, guilty of murder in the deaths of 29-year-old Brock Branson; 20-year-old Kilynna Blake; her son, 2-year-old Dayan; and 25-year-old Kenneth Ulve in Rock Falls in June 2008.

The killings were part of a series of crimes authorities say Sheley committed in the summer of 2008, stretching from his hometown of Sterling, Ill., south to St. Louis. Sheley already is serving life sentences for the deaths of two Illinois men that June. He is due to be tried next in Missouri for the deaths of an Arkansas couple.

Police say the violence was fueled by alcohol and drugs. Prosecutors say he believed Branson was having an affair with his then-wife, Holly Sheley.

Sheley rocked back and forth in his chair as Judge Jeffrey O'Connor read the verdicts. Family members of the victims sobbed, wiped away tears and exchanged hugs to the judge's words.

"I hope you rot in hell, Nick Sheley," Jodi Fitzgerald, sister of Brock Branson, screamed as Sheley was led from the courtroom.

The killings in Rock Falls shook the town of about 9,200 residents hard. Local officials have said that after the four were found dead in their apartment, many people in town were afraid to go outside for days.

An autopsy showed all four were killed by multiple blows from a hammer.

The prosecution's case focused heavily on the Sheley's DNA, which experts said was found in the apartment. Prosecutors also showed images of Sheley taken from security cameras in the days following the killings in which he wore clothing belonging to one of the victims.

Holly Sheley testified that on the night of the killings, the two of them had sex in a pickup truck whose cab was thick with blood. Holly Sheley did not give this information to police until her DNA was found in the truck much later. She was offered immunity for her testimony.

Nicholas Sheley's attorney, Jeremy Karlin of Galesburg, did not call any witnesses. He has represented Sheley in all of his trials so far. As Sheley has done in the past, he tried unsuccessfully to represent himself in this trial.

The Rock Falls slayings happened just a few days after a previous Sheley victim, 93-year-old Russell Reed, was discovered in the trunk of his car in Sterling, just across the Rock River about 110 miles west of Chicago.

Police said Sheley killed Reed on June 23 as he searched for money to buy cocaine. Five days later, he allegedly killed 65-year-old Ronald Randall in Galesburg and stole his truck - the same vehicle his ex-wife referenced in her testimony. Sheley has been convicted in both of those deaths.

Sentencing in the Rock Falls killings is set for Aug. 11. Illinois does not have the death penalty.

He next faces trial in the deaths of Jill and Tom Estes, a Sherwood, Ark., couple who were traveling in Missouri, where prosecutors can pursue the death penalty.

Sheley was arrested on July 1, 2008, outside a bar in Granite City, Illinois, just a few miles east of St. Louis.