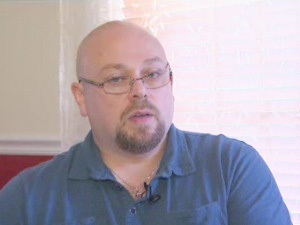 (CBS News) An Illinois man who spent 24 years in jail before being cleared of setting a fire that killed a woman and her five children is struggling to find employment four months after his release, CBS Chicago reports.

James Kuppelberg was convicted in 1988 and sentenced to life in prison for setting fire to a building in southwest Chicago in 1984. He was released from prison in May, after which a legal publication said his conviction was the result of "junk science, coerced confession and snitch testimony."

While Kuppelberg said it is "exhilarating" to be out of prison, he feels far from free.

Kuppelberg, who is living with his son and two granddaughters he met for the first time when he was released, needs a "Certificate of Innocence" from the state to clear his record. He would also receive $199,150 from the state, or the amount owed to any person who is wrongfully imprisoned for 14 years or more.

Although the Cook County State's Attorney's Office dismissed the charges against Kuppelberg, it might contest his claim of innocence.

"I wish it would be over, the fact they released me doesn't end it because my name isn't cleared," he said. "Without employment I can't progress."