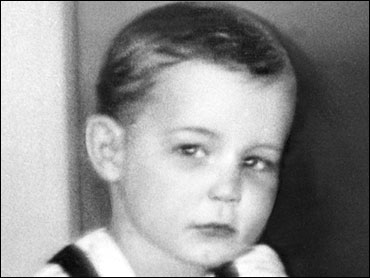 EAST MEADOW, N.Y. (AP) More than 50 years after a 2-year-old boy disappeared from outside a Long Island bakery, a Michigan man has come forward to claim that he was the missing boy, authorities said Tuesday.

The missing boy's father, Jerry Damman, said he was hopeful the man is his son.

"After all those years, you kind of lost all hope," he said Tuesday.

The case was referred to the FBI and authorities are awaiting DNA results to determine if the man's claim is true, Smith said.

Sandra Berchtold, a spokeswoman for the FBI in Detroit, declined to comment on Damman's case Tuesday.

Jerry Damman said "it's very possible" that the man could be his son. 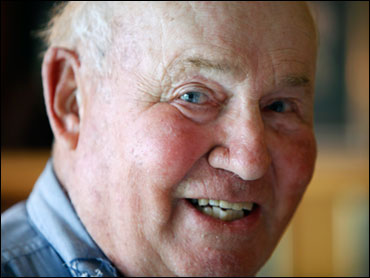 "To a certain extent this would probably close it," said Damman, who lives on a farm near Newton, Iowa, about 30 miles east of Des Moines.

The unidentified Michigan man believes he never fit in with the family he grew with up, an official familiar with the investigation told The Associated Press on condition of anonymity because the man's claim was still under investigation. The man believed he might be a missing person and learned of the Damman case by researching cases around the nation, the official said.

Jerry Damman and his wife, who is not Steven Damman's mother, said they believe the man might have stopped by their farm in the fall. His sister, Pamela, also got a visit from the same man, they said.

"She looked at this guy, and he looked like Jerry," said Charlotte Damman, who has been married to Jerry Damman for nearly 50 years.

Damman said he tried to call the man twice Tuesday since a report of his claim was first published in the New York Daily News.

"Naturally you're hopeful. Just like a death gives you closure, you know sometimes, it will give you closure to know what happened," Jerry Damman said.

Jerry Damman worked at Mitchell Air Force Base on Long Island when his son disappeared. His then-wife, Marilyn, left her son and 7-month-old daughter, Pamela, waiting outside a bakery while she went inside to shop on Oct. 31, 1955, according to Smith and news accounts from 1955. 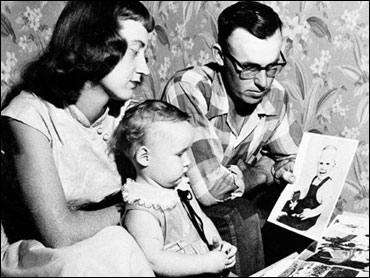 (AP Photo)
Jerry and Marilyn Damman and their daughter Pamela, 1, look at photos of their 3-year-old son Steven.

"Back in that time, it was probably not that uncommon to do something like that," Smith said.

After 10 minutes, Damman's mother, Marilyn, left the bakery but couldn't find the stroller or her children, authorities said. The stroller, with only her daughter inside, was found around the corner from the market a short time later, authorities said.

More than 2,000 people searched for 28 hours without finding Steven. The county's assistant chief inspector, Leslie W. Pearsall, called off the search, saying that the boy's disappearance had become "a case for detectives only," according to a Nov. 1, 1955, story in The New York Times.

The boy's family received a ransom note in mid-November for the boy, according to an Associated Press account. Steven's parents also made a public plea to the kidnappers at the time, saying Steven suffered from anemia and asking that he receive medicine that included vitamins, aspirin and a tonic, the Times reported.