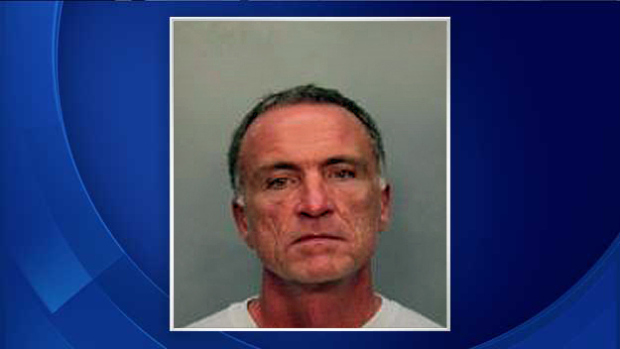 MIAMI BEACH, Fla. - A man caught on surveillance video knocking another man unconscious in an argument in a Miami Beach grocery store has been arrested and charged with murder after the victim died, reports CBS Miami.

Witnesses told Miami Beach Police that Mohammed A. Hussein, 58, was standing in line on Dec. 1 when the suspect, Roger Perry, 53, reportedly started unloading a basket full of goods on a counter reserved for small purchases.

The two men argued about which was the appropriate checkout line before Hussein was hit with a backhand punch, according to witnesses. The assailant then left the store.

Paramedics rushed an unconscious Hussein to Ryder Medical Center, where he was diagnosed with severe brain bleeding and later died.

Perry was initially arrested and charged with felony battery in the incident, but after Hussein died, the charge against him was upgraded to second-degree murder.

According to an arrest affidavit, Perry admitted to hitting Hussein, reports CBS Miami.

Perry's attorney told the judge his client was mentally unstable and suffers from post traumatic stress disorder. Hussein's family said there's no excuse for what Perry did and they want him locked up for good, reports the station.