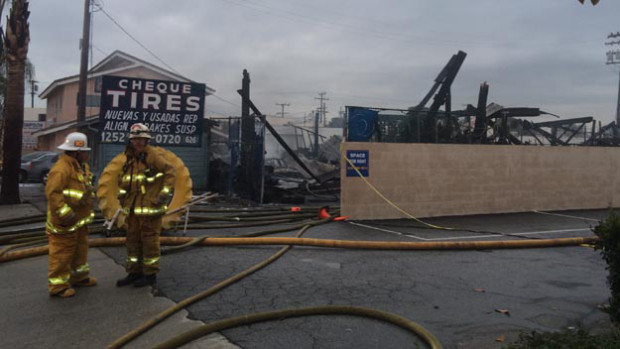 SOUTH EL MONTE, Calif. -- A 19-year-old man has been charged with murder in the firebombing of a California tire shop Saturday that left three dead.

The Los Angeles Times reports that at the time of the bombing the victims were celebrating Jiminez's birthday at the tire shop, which is a well-known community gathering spot.

Police are searching for additional suspects.