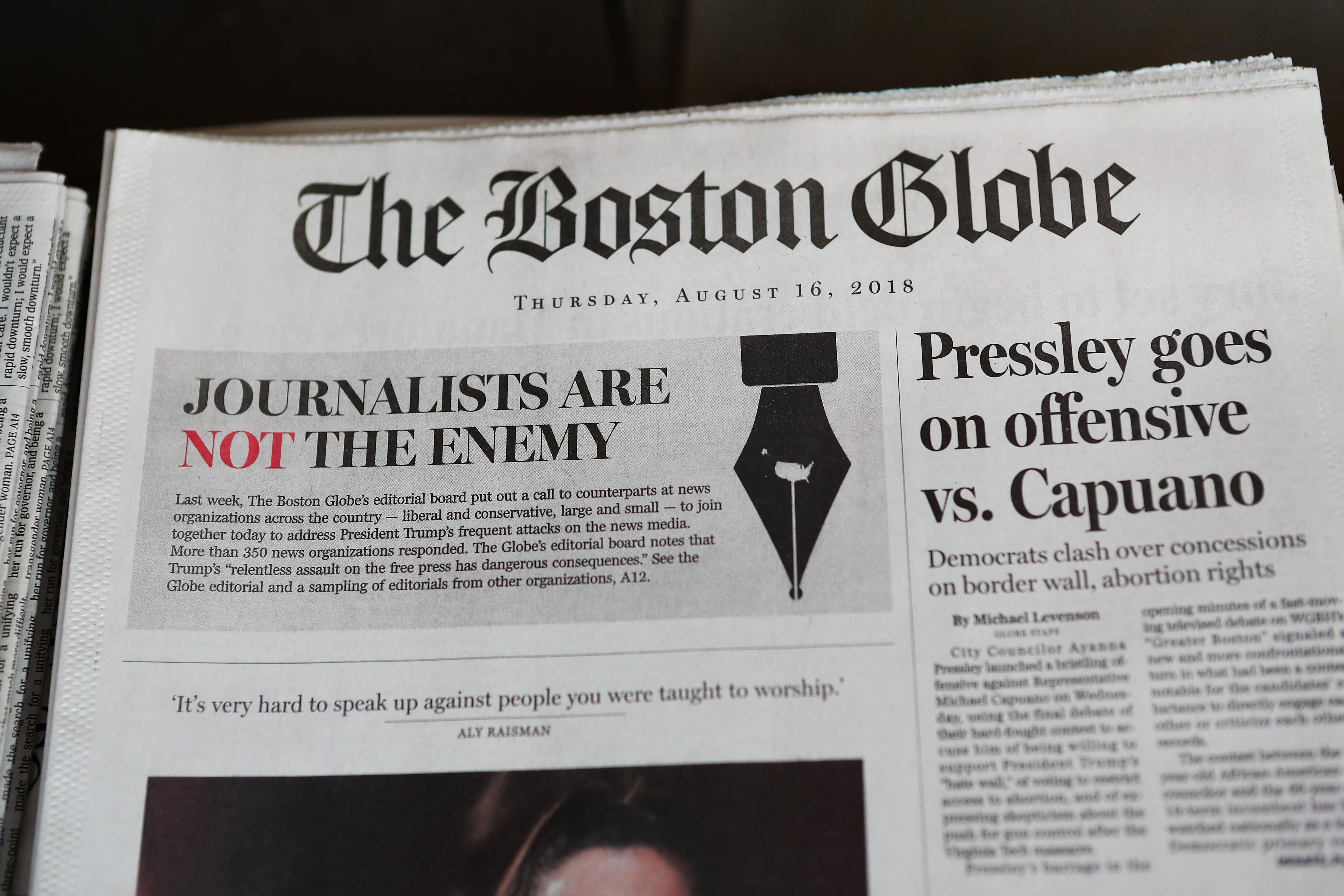 BOSTON -- A California man has been charged with threatening to kill Boston Globe employees over a Globe-coordinated series of newspaper editorials condemning President Trump's suggestion that journalists are the enemy, according to federal prosecutors. Robert Chain, 68, of Encino, made more than a dozen threatening phone calls to the Globe's newsroom between Aug. 10 and Aug. 22, prosecutors said Thursday.

On the day the editorials were published in newspapers across the country, Chain called the newsroom and threatened to shoot Globe employees, according to prosecutors. That threat prompted a police response and increased security at the newspaper's offices.

"In the past few months, this office has charged people with threatening to bomb a minority commencement ceremony at Harvard, threatening to shoot people at a Second Amendment rally, offering money to anyone who kills a federal agent, and mailing white powder and threatening notes to certain public figures," U.S. Attorney for Massachusetts Andrew Lelling said in a news release.

"Anyone -- regardless of political affiliation -- who puts others in fear for their lives will be prosecuted by this office," he said. "In a time of increasing political polarization, and amid the increasing incidence of mass shootings, members of the public must police their own political rhetoric. Or we will."

It was not immediately clear if Chain had an attorney. Chain was released Thursday on $50,000 bail in federal court in California. A judge ordered he stay away from The Boston Globe and other media organizations.

Chain is scheduled to appear in federal court in Boston on Sept. 24 on the charge by the U.S. Attorney's office in Boston of making threatening communications in interstate commerce. Until then, Chain's travel is restricted to California and Wyoming, where he apparently has another residence.

Harold Shaw, special agent in charge of the FBI's Boston Division, said Chain's arrest "should serve a warning to others, that making threats is not a prank, it's a federal crime."

"All threats are taken seriously, as we never know if the subject behind the threat intends to follow through with their actions," he said in a news release. "Whether potentially hoax or not, each and every threat will be aggressively run to ground."