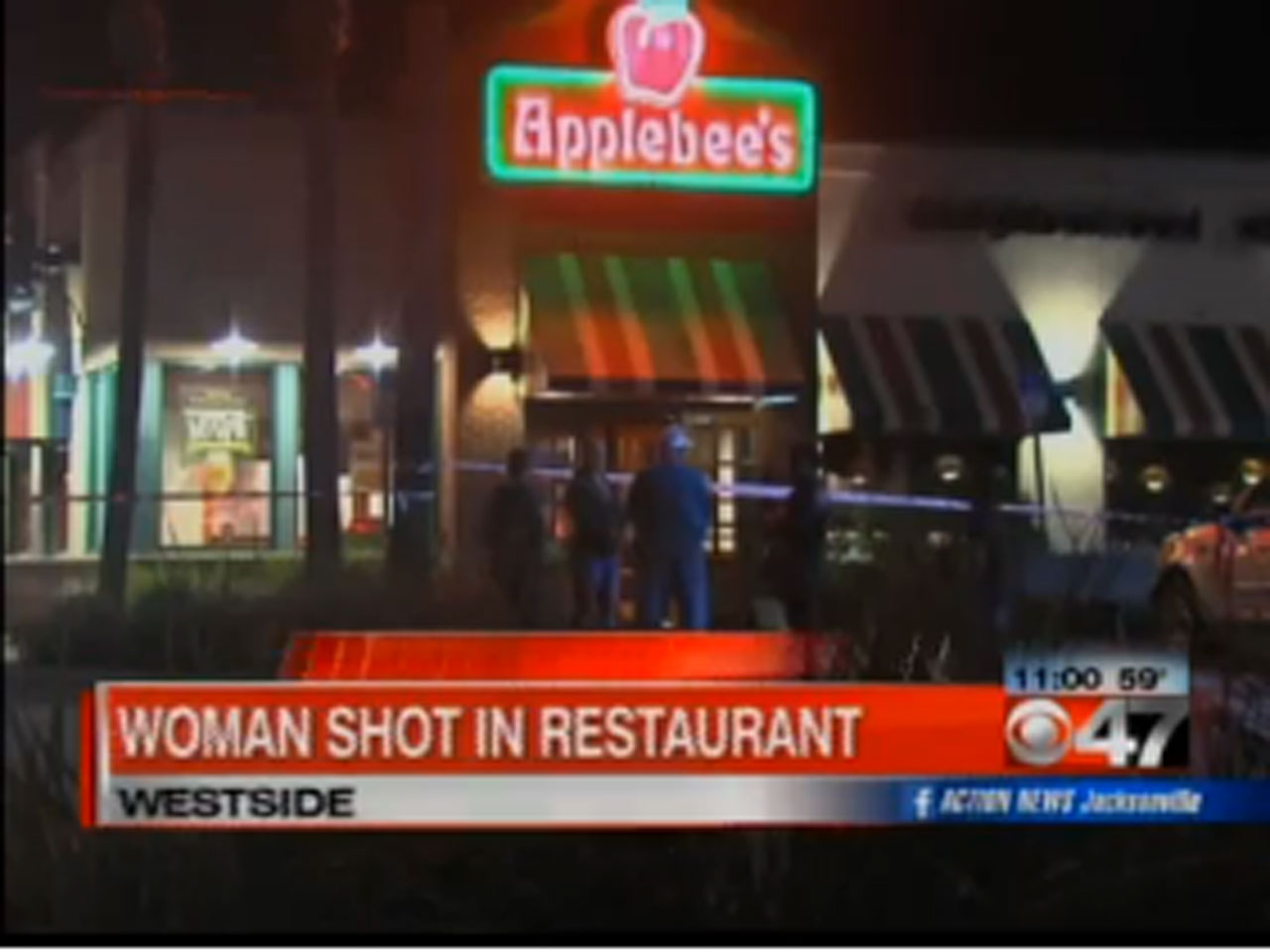 JACKSONVILLE, Fla. - Sheridan Veney, a 44-year-old man, is charged with murder after police say he shot his estranged wife to death as horrified diners took cover inside a west Jacksonville Applebee's restaurant.

About 40 people were dining when the shooting happened around 8 p.m. Sunday.

The Jacksonville Sheriff’s Office said Monday that Veney was meeting his 18-year-old daughter at the Applebee’s. His wife Lisa was also there, according to CBS affiliate WTEV. The couple was reportedly separated.

Police said there was an altercation shortly before the shooting and as Veney’s wife was moving towards the door, he shot her five times. Investigators say witnesses detained Veney until officers arrived. He later admitted to the crime, reports the station.

The Florida Times-Union reports about 20 customers crawled through the kitchen and went behind a large trash bin as the shooting took place.

The victim was taken to the hospital, where she died later Sunday.

Authorities are still investigating a possible motive, according to WTEV.