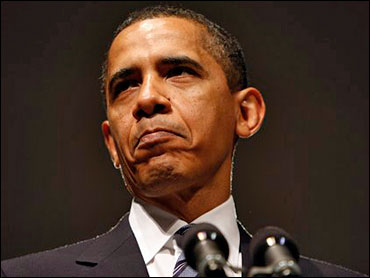 Federal prosecutors have charged a man with making threats against President Barack Obama after he allegedly told a bank employee in Utah he was on a mission to kill the president.

The Salt Lake Tribune reported on its Web site Thursday that Daniel James Murray allegedly made the remark to a teller at a bank in St. George on May 27 as he withdrew $13,000 from an account.

Murray's whereabouts are unknown. A court affidavit says Murray is from New York and has recently been in California, Utah, Georgia, Oklahoma and possibly Texas.

Investigators say Murray drives a blue 2001 Buick LeSabre with a New York license plate, "ERL 1445," CBS News reports. He allegedly blames the president for a banking system he says will fail and cause worldwide chaos, according to investigators.

Malcolm Wiley, a spokesman for the Secret Service in Washington, told The Associated Press he had no comment Thursday.