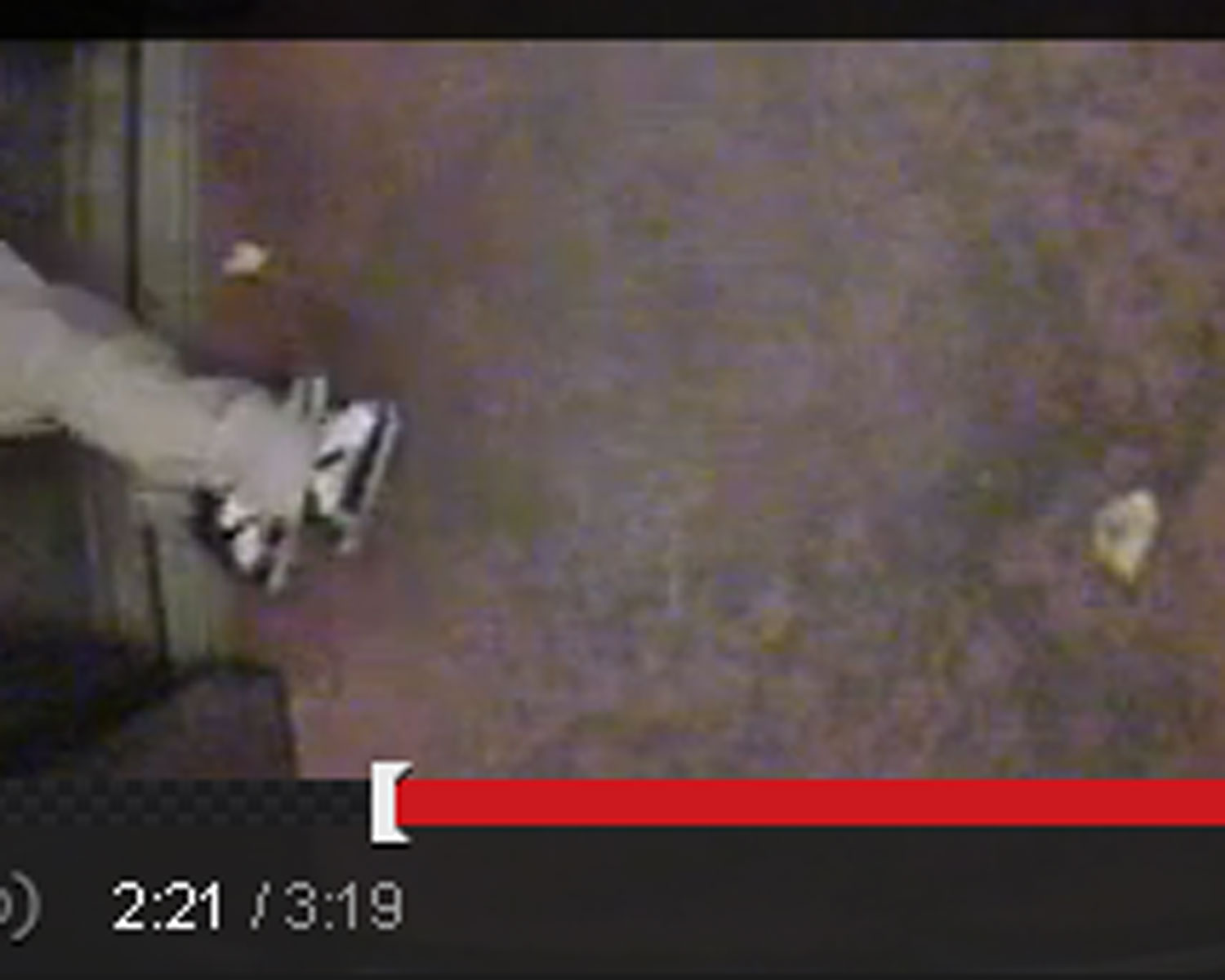 http://youtu.be/75EAzxE2lt8
(CBS) Lanham, Md. - A man is facing felony fraud charges for some "slippery" behavior after police say he threw a banana peel on the floor of an elevator at a DC metro station, then faked a fall and sued the transit agency for injuries.

CBS DC  reports Transit Police say Maurice Owens was taken to the hospital for treatment of left leg and hip injuries after he "slipped" on the peel at the Potomac Avenue Metro Station on the night of Aug. 8.

Owens sought $15,000 from the Transit Agency to settle his claim, saying the agency was to blame for his injuries, because a custodian had failed to clean up the banana peel.

However, video apparently captured by a security camera inside the elevator - and posted on YouTube - seems to contradict Owens’ account. The video shows the floor was clear of any debris when he got in the  elevator... then it shows him looking straight at the camera while holding an object in his hand...and then he steps back from the door, and voila! - a banana peel appears on the floor.

When the door opens, police say Owens "falls" out of the elevator, "slipping" on the banana peel.

After reviewing the footage, the U.S. Attorney’s Office charged Owens with felony second degree fraud. He was arrested on Nov. 8.

Appealing story, or not?