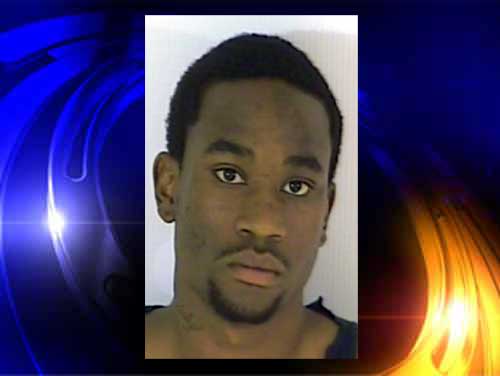 SAVANNAH, Ga. -- Police say a man who dragged an officer with his car Saturday almost running him over, has turned himself in.

Brandon Christopher Adams, 23, was arrested without incident Thursday, reports CBS affiliate WTOC. He is charged with aggravated assault of a police officer and felony obstruction of an officer.

The Savannah police officer was wearing a body camera when he approached Adams' car outside a gas station. The officer had answered a shoplifting call when the store manager noticed Adams and said he cashed a fake check several months ago.

When the officer approached Adams' car, he asked Adams to pull the key out of the ignition, reports CBS affiliate WRBL. Adams first said he had to call his brother, then when the officer then told him to get out of the car, Adams can be seen on video speeding off.

The officer tried to hang on to the moving vehicle, but he eventually fell off. Police say the officer is okay, reports CBS affiliate WRBL.