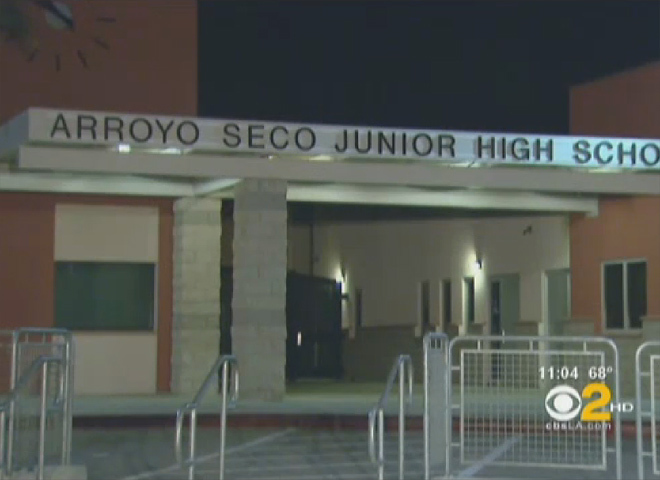 (CBS News) VALENCIA, Calif. - A Valencia man was arrested Monday for allegedly threatening on an Internet blog to kill children, mimicking the massacre at a Colorado movie theater.

CBS Station KCBS reports police in Bristol, Conn., notified authorities at the Santa Clarita Valley Sheriff's station that a blogger said he was watching kids in the area and wouldn't mind murdering them.

The blogger said it would be like the Aurora, Colo., shooting, where 12 people were killed and dozens injured at a movie theater in July.

The post was linked to a home in Valencia, Calif., which overlooks Santa Clarita Elementary School and Arroyo Seco Junior High.

Detectives served a search warrant at the residence, and used a battering ram to gain entrance. There they discovered several firearms.

The suspect, described as Asian, was taken into custody and booked at the Santa Clarita Valley station on suspicion of making terrorist threats.

Authorities are in contact with Bristol Police and Yale University Police to find out if there are any other suspects.