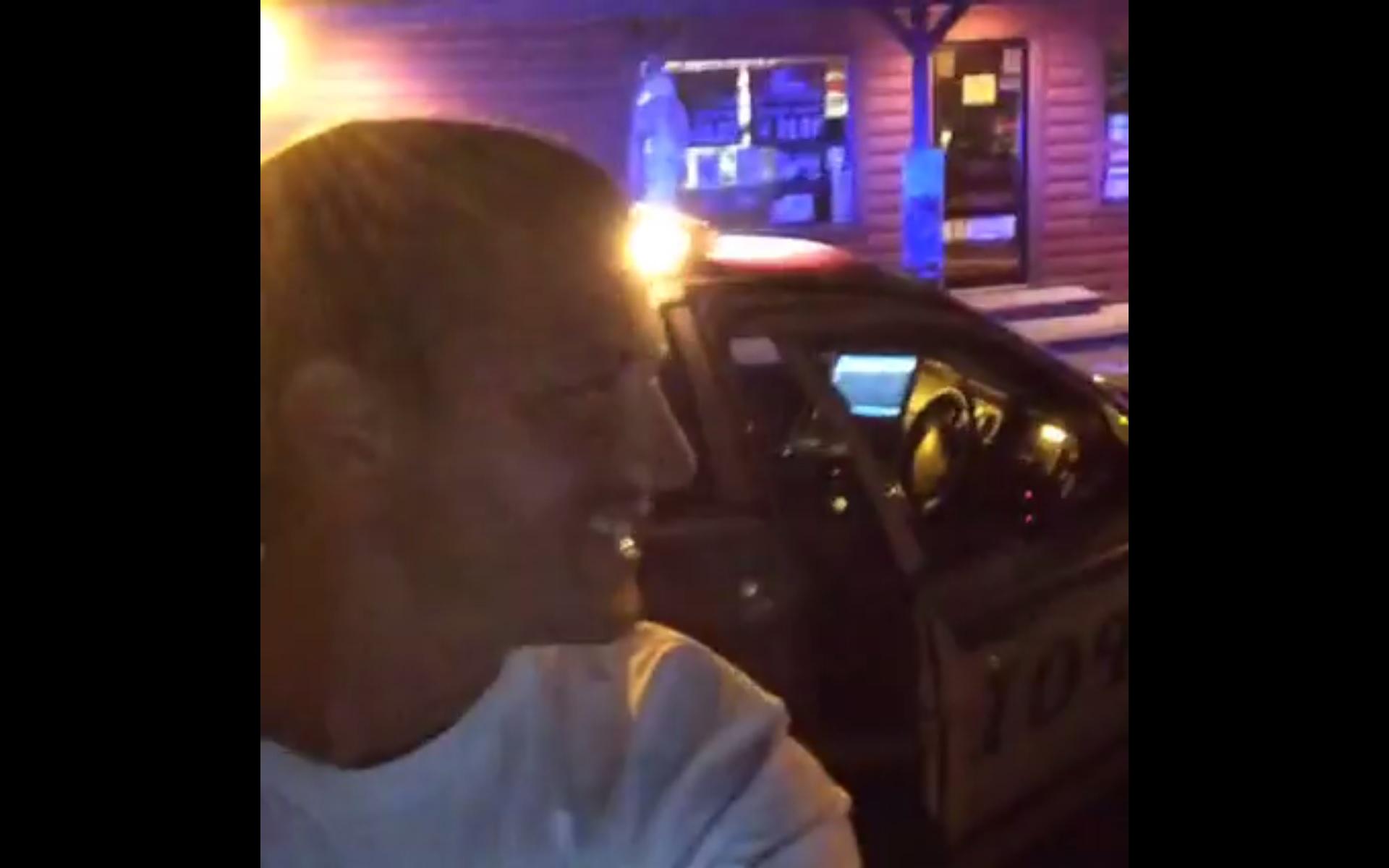 Officials in Tulsa say an officer left her keys in the unlocked car during a coffee break, around 8 p.m. Monday, and 25-year-old John Pinney allegedly got inside.

Tulsa police sergeant Steve Stoltz said a woman called 911 not long after and told the dispatcher she saw a man get into a police car and he asked if she wanted a ride, but drove off when she said no.

Multiple agencies responded, resulting in a chase that lasted between 30 and 40 minutes, at speeds of more than 120 miles per hour, according to police.

While the chase was ongoing, Pinney posted videos to Facebook, allegedly using the officer’s iPad.

“I’m in the cop car. Where’s my sirens at?” Pinney can be heard saying, before clicking a button. “You hear my sirens? Look, check it out.”

“I can’t even believe that I’m doing this though, for real,” Pinney said. “I got away from like five cops already.”

Later, he turned on the radio and sang along to a country song, and also appeared to explain why he got in the patrol car.

“I ain’t got nothing else to do, but (expletive) read books,” Pinney said.

The video below includes explicit language:

Police eventually arrested Pinney on the block where he lives. He was booked into the Tulsa County Jail on nine complaints, including eluding, resisting arrest and possession of a firearm by a felon.

Stoltz said the videos will likely be used against Pinney in court.

“I would encourage every criminal out there to Facebook Live their crimes so that we can catch you a lot easier and use that Facebook Live at your trial to get a better conviction,” Stoltz said.

The Tulsa Police Department has not said whether the officer whose car was stolen will face any disciplinary action for leaving the keys in the car.