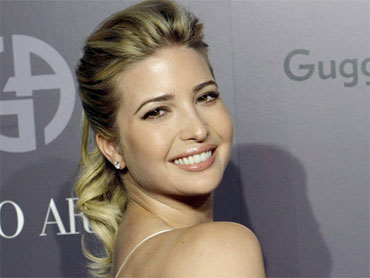 A 27-year-old man accused of stalking Ivanka Trump has been arrested in Reno.

Police said Justin Massler of Reno was arrested Tuesday on a New York warrant alleging he used the Internet to stalk the daughter of Donald and Ivana Trump.

Ivanka Trump, 28, is the co-host of "Celebrity Apprentice" and a vice president at her father's real estate company.

Massler described himself in a blog posting as "a celebrity stalker who is obsessed with Ivanka Trump" and has a longing to see her.

"He has been doing postings all over the Internet. (He has done) nothing physical or face to face," Reno police Lt. Mike Whan told The Associated Press.

His mother, Randee Massler of Reno, said he has a history of mental illness.

"He never harmed anyone and hasn't done anything other than write articles on the Internet," she told the Reno Gazette-Journal. "He's like a 10-year-old who has a crush on a movie star."

He remained Thursday without bail in the Washoe County Jail in Reno.

Whan said it was not immediately clear whether Massler planned to waive or fight extradition.

New York police Detective William Winning said he did not have any immediate information on the case.