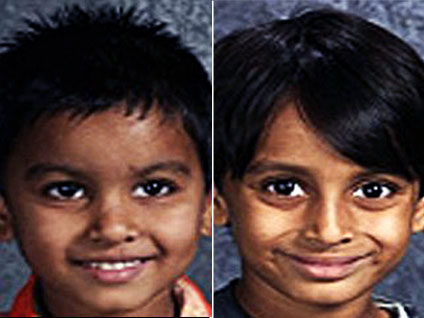 WHEATON, Ill. (CBS/AP) A Chicago man who said he burned his two sons alive will delay burning in hell, at least for a while.

Kaushik Patel is expected to plead guilty to the crime, thus avoiding the death penalty.

Patel is accused of pouring gasoline over his two sons, Vishv, 7,and Om, while they sat in the bathtub of the family home, and setting them on fire in November 2007. The two boys were severely burned and died some months later.

Patel told the Chicago Sun-Times that he was attempting to commit suicide when the boys ran into the bathroom just as he was lighting the gas.

In February, prosecutors presented testimony from the boys' mother in an attempt to seek the death penalty for Kaushik Patel.

Nishaben Patel testified that her son Vishv woke briefly from a coma on Jan. 12 and described to his mother how their father set them on fire, according to the Chicago Sun-Times.

"Dad did a fire, and we were burned," Nishaben Patel testified her son told her.

Nishaben Patel testified that during a second conversation Vishv told her he knew that the liquid Kaushik Patel was pouring on him and his brother was not water as his father claimed.

"When Mr. Patel was pouring the liquid over them, he [Vishv] said it burned his eyes and skin," Glendale Heights Police Detective Charles May, who says he overheard the second conversation, testified.

Kaushik Patel is expected to formally plead guilty and be sentenced at his next court appearance on May 18.