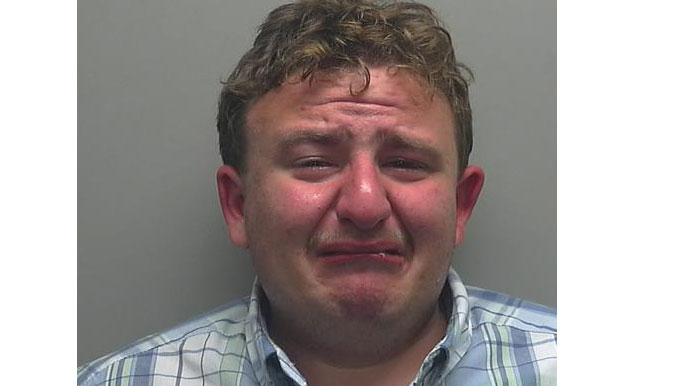 PLYMOUTH, Wisc. -- A Wisconsin man has been charged after allegedly trying to sexually assault a woman at a house party, reports CBS affiliate WDJT.

Anthony Zingale was charged with first degree sexual assault and carrying a concealed weapon. In his booking photo taken soon after his arrest, the 19-year-old appears to be sobbing.

A woman said she had gone to the bathroom during the May 28 party, but had not latched the door, according to a criminal complaint filed in the case. She said that as she sat on the toilet, the suspect came into the bathroom carrying a knife.

She told police he dropped his pants and underwear to his ankles, pressed the knife to her neck, and told her to perform oral sex on him. She told police that in an effort to escape, she suggested they should have sex in the bedroom.

As they left the bathroom, the suspect allegedly held the knife to the back of her neck, but she began screaming. The victim's husband ran to the bedroom soon after, according to police.

The defendant allegedly told police that he gone in the bathroom because he had to urinate very badly and he was embarrassed because the female was in the bathroom at that time.

The attorney listed in court records for Zingale could not immediately be reached.