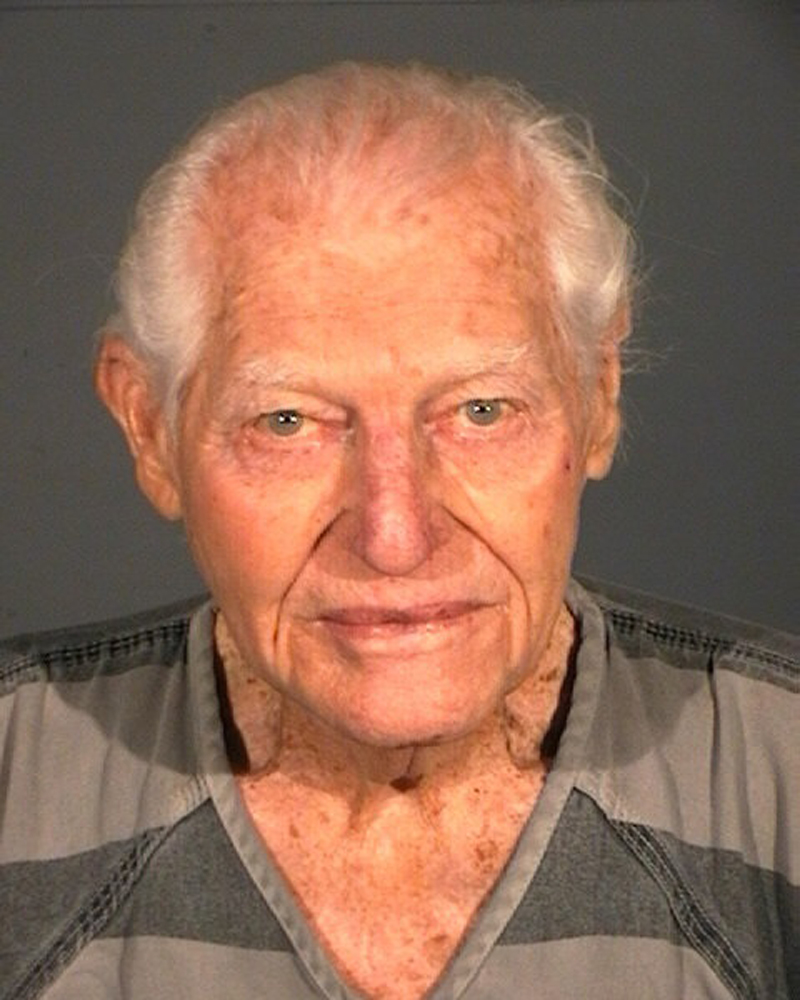 RENO, Nev. -- Jailers were keeping an 88-year-old man on a suicide watch after he was arrested for allegedly opening fire at a Carson City hospital and critically wounding his wife, authorities said.

William Dresser was arrested Sunday after firing one shot with small-caliber semi-automatic handgun that struck his wife in the chest at Carson Tahoe Regional Medical Center, Carson City Sheriff Ken Furlong said. No other injuries were reported. The woman was a patient in a third-floor room when she was shot around 11:30 a.m.

The woman's injuries are considered life-threatening, and she was transferred to Renown Regional Medical Center in Reno, Furlong said. Her name and age were not immediately released.

Dresser was booked into the Carson City Jail on suspicion of attempted murder and was on suicide watch, the sheriff said. His bail was set at $225,000, he said.

Dresser, who recently bought the gun, came to his wife's room in the rehabilitation ward, where she was alone, and shot her in the chest, Furlong said. No details of why she was admitted to the hospital were released, but officials don't suspect foul play.

Correctional officers were safeguarding another patient just a few doors away when the shooting happened, and they are credited for helping subdue the suspect who is now in custody, CBS affiliate KTVN reports.

The Carson City hospital issued a statement saying the shooting was "a targeted situation" that prompted a two-hour lockdown of the facility.

A woman who answered a phone call at a listing for a William Dresser in nearby Minden said she was too busy to talk Sunday afternoon.

Dresser has no known prior criminal history in the Carson City area, Furlong said.

The shooting comes about a month after a gunman walked into a medical facility next to the Reno hospital and killed one doctor and shot another before committing suicide.

Alan Oliver Frazier, 51, made it clear in a suicide note that he was targeting physicians at Urology Nevada in the Dec. 17 attack.

Frazier complained of pain and fatigue for years in an Internet chat room and to neighbors- symptoms he blamed on a botched vasectomy that the center disputes.