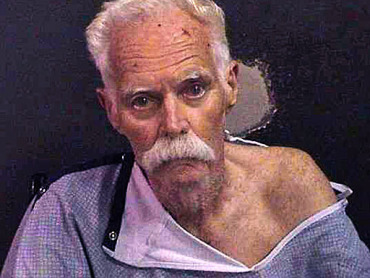 Prosecutors alleged that William McDougall fatally clubbed Manh Van Nguyen on Oct. 1, 2010, because Nguyen was singing in Vietnamese and McDougall was annoyed.

The two shared a room as they both recovered from hip surgery at the Palm Terrace Health Care Center in Laguna Woods.

McDougall allegedly grabbed a metal rod from their closet and hit Nguyen over the head.

According to CBS Los Angeles, the defendant's attorney, Rudolph Loewenstein, disputed the claim that Nguyen's singing motivated the assault.

"I think the evidence is unclear whether the other man was even singing or not," the attorney said.

Loewenstein suggested his client may have been affected by his medical condition and the medication administered to him at the time.

"Mr. McDougall, having undergone a medical procedure, was certainly not his normal self," Loewenstein said. "Further investigation revealed it was a tragic scenario that unfolded that was completely out of character for the man."

Before the murder, McDougall lived a crime-free life, his attorney said.

"There was nothing on his record, zero," Loewenstein said, CBS Los Angeles reported.

Lawyers negotiated a plea bargain for McDougall, but it was unclear what sentence will be recommended. Loewenstein declined to say what sentence his client may receive.

McDougall has apologized to the victim's family through correspondence passed on by prosecutors, Loewenstein said.

"My client and his family have made it clear through the District Attorney's Office that there is a great deal of remorse from everyone," Loewenstein said.

McDougall is scheduled to be sentenced Oct. 26, Loewenstein said.