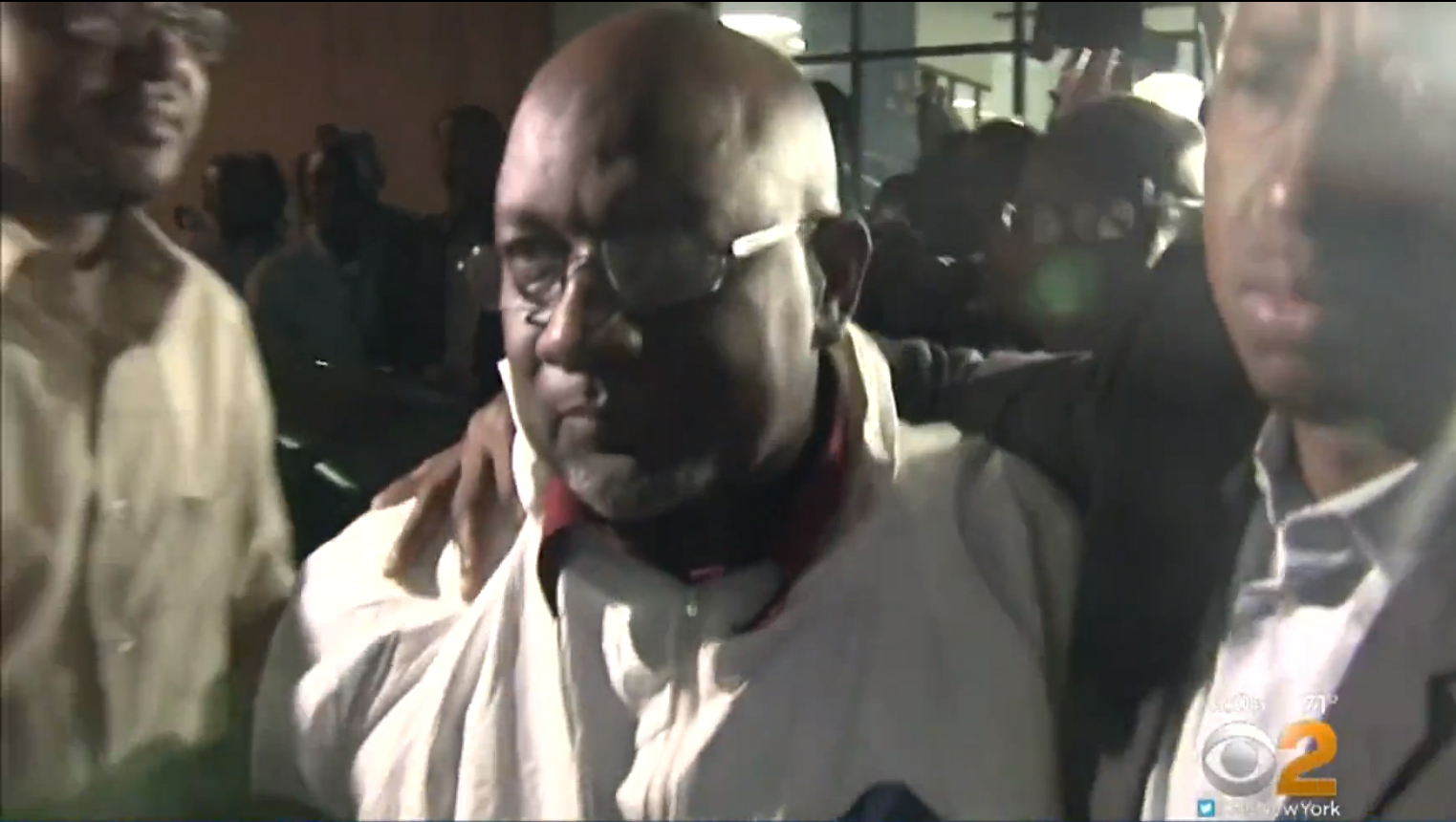 NEW YORK CITY -- A Bronx man was cheered leaving court Wednesday after he was arraigned in the fatal tire iron beating of a man who police say was trying to rape his wife.

Mamadou Diallo, 61, initially faced a charge of manslaughter in the case, but charges against him were reduced to assault and criminal possession of a weapon, reports CBS New York. He was arraigned on the reduced charges Tuesday night and released on his own recognizance Wednesday without being required to post bail. A crowd of supporters met him outside the Bronx criminal courthouse.

Authorities say Diallo rushed into his Bronx apartment building Monday night after getting a call from his wife, who allegedly said she was being attacked by a stranger who forced his way into her apartment.

Diallo encountered the shirtless man fleeing into an elevator and attacked him with a tire iron, fatally injuring him.

Police identified the slain man as 43-year-old Earl Nash, who they describe as a "career criminal." CBS New York reports he had 19 prior arrests on charges including robbery, arson and assault.

Family friends described the incident as a "horrible situation," but told the station they're glad Diallo, a cab driver and father of three, is free.

"Mamadou Diallo, he's a very nice guy. He don't bother nobody, and he's not even violent," family friend Kamafing Sissoko said. "But in this situation, that's something else. You have to do anything to protect your family."

Diallo is set to return to court on June 27.