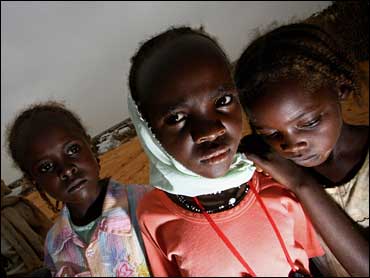 Malnutrition is increasing in Sudan's violence-wracked Darfur region along with lawlessness and the number of people fleeing their homes, a senior U.N. official said Friday.

"The humanitarian situation in the last few months has become more critical in many parts of Darfur," Assistant Secretary-General Margareta Wahlstrom, the U.N.'s deputy humanitarian chief, told a news conference.

Wahlstrom said she expects Secretary-General Ban Ki-moon to raise the worsening humanitarian situation in Darfur with Sudanese President Omar al-Bashir when he visits Sudan next week.

More than 200,000 people have died and 2.5 million have been uprooted since ethnic African rebels took up arms against the Arab-dominated Sudanese government in 2003, accusing it of decades of neglect. Sudan's government is accused of retaliating by unleashing a militia of Arab nomads known as the janjaweed - a charge it denies.

The humanitarian operation in Darfur remains the largest in the world - as it has been for the past three years - with 4 million people now dependent on humanitarian assistance as a consequence of the protracted conflict, rising tension and increasing lawlessness, she said.

She said 18 spot surveys by U.N. agencies and nongovernmental organizations in the three Darfur provinces all found that for the first time in three years the number of malnutrition cases has increased beyond the emergency threshold of 15 percent to "well over 17 percent being detected in some areas."

Since 2004 when a huge humanitarian effort was launched to help civilians caught in the four-year Darfur conflict, Wahlstron said, "the situation stabilized from a health and nutritional perspective."

While there is still a question of whether the increasing malnutrition represents a permanent deterioration, or whether it is the result of the lean season between harvests, Wahlstrom emphasized that in past years "we have never seen a decline."