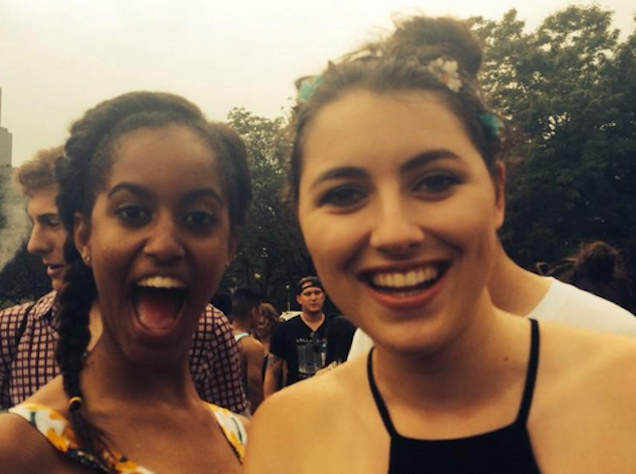 Living out every native Chicagoan's teenage rite of passage, Malia Obama over the weekend joined the hordes of attendees who descended on the Windy City's scenic lakeside Loop for the three-day Lollapalooza music festival.

Flanked by three friends - two female, one male - and two plain-clothes Secret Service agents, the elder first daughter set off a flurry of social media posts by concertgoers who spied her braving the muddy Grant Park venue. Unlike many ticketholders, she reportedly stayed until Sunday's closing set by Chance the Rapper, which featured a cameo by R. Kelly.

It's been an exceptionally musical summer for the 16-year-old Malia, who will soon begin her 11th grade year at the private Sidwell Friends School in Washington, D.C. Two weeks ago, she and her younger sister Sasha, chaperoned by first lady Michelle, enjoyed the joint Jay-Z and Beyonce concert at Chicago's Soldier Field.