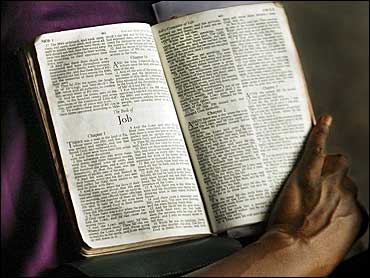 The Malaysian government has refused to release 10,000 Bibles confiscated for using the word "Allah" to refer to God, a banned translation in Christian texts in this Muslim-majority country, an official said Wednesday.

An official from the Home Ministry's publications unit said the government rejected pleas by church officials to allow the Bibles, imported from Indonesia, into the country. Christians say the Muslim Malay-dominated government is violating their right to practice their religion freely.

Such religious disputes are undermining Malaysia's reputation as a harmonious multiethnic, moderate Muslim nation. About 30 percent of the country's 28 million people practice Christianity, Buddhism, Hinduism or other faiths.

A Home Ministry official said the government told the importer last month to return the Indonesian-language Bibles, which are still with customs.

"Actually the publications, the Bibles are already banned," said the official, refusing to elaborate. He declined to be named because he is not authorized to make public statements.

The Bibles contain the word "Allah," which is banned by the government for use by non-Muslims in an apparent bid to appease Muslims.

Church officials say the word "Allah" has been used for centuries to refer generally to God in both Indonesian and Malaysian languages, which are similar. The Roman Catholic Church is challenging the ban in court.

The government maintains that the Arabic-origin word "Allah" is an Islamic word and its use by Christians and others will upset Muslims.

Another 5,100 Bibles, also imported from Indonesia, were confiscated in March and have not been released. But the ministry official did not immediately have any information on those.

The Christian Federation of Malaysia, which had called for the release of all Bibles, described the seizure as "ridiculous and offensive."

"This constitutional right (to practice freely) is rendered illusory if Christians in Malaysia are denied access to Bibles in a language with which they are familiar," the federation's chairman Bishop Ng Moon Hing said in a statement.

He also rejected concerns that Bibles in the Malaysian language, or Bahasa Malaysia, containing "Allah," will upset Muslims.

"Bibles in Bahasa Malaysia have been used since before the independence of our country and have never been the cause of any public disorder," he said. Malaysia gained independence in 1957.