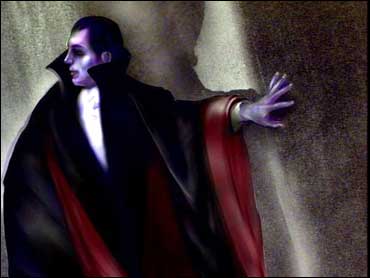 Authorities have begun investigating rumors that vampires are on the loose in Malawi, despite President Bakili Muluzi's insistence the stories of marauding blood suckers were an opposition ploy to discredit the government.

Home Affairs and Internal Security Minister Monjeza Maluza said Thursday the government had treated the vampire stories as rumors because there has been no evidence to substantiate them.

"Could anybody who has been attacked by the so-called blood suckers please immediately report to authorities," he said.

Police investigating the rumors have detained a man who claimed to be a vampire victim and sent him for medical tests, police spokesman George Chikowi said.

"This is a very sensitive issue," he said.

For months the government has been trying to end a rash of stories about vampires attacking villagers at night and using syringes to remove their blood. Muluzi has issued a decree ordering police to arrest anyone spreading the stories, and at least 40 people have been arrested.

Maluza said the presidential decree only related to people who were "rumor mongering" and should not stop people from reporting the suspected vampires to police.

Since the rumors began, frightened villagers have beaten to death two men suspected of being vampires, attacked and nearly lynched three visiting priests, and destroyed an aid group's encampment they feared was the vampires' headquarters.