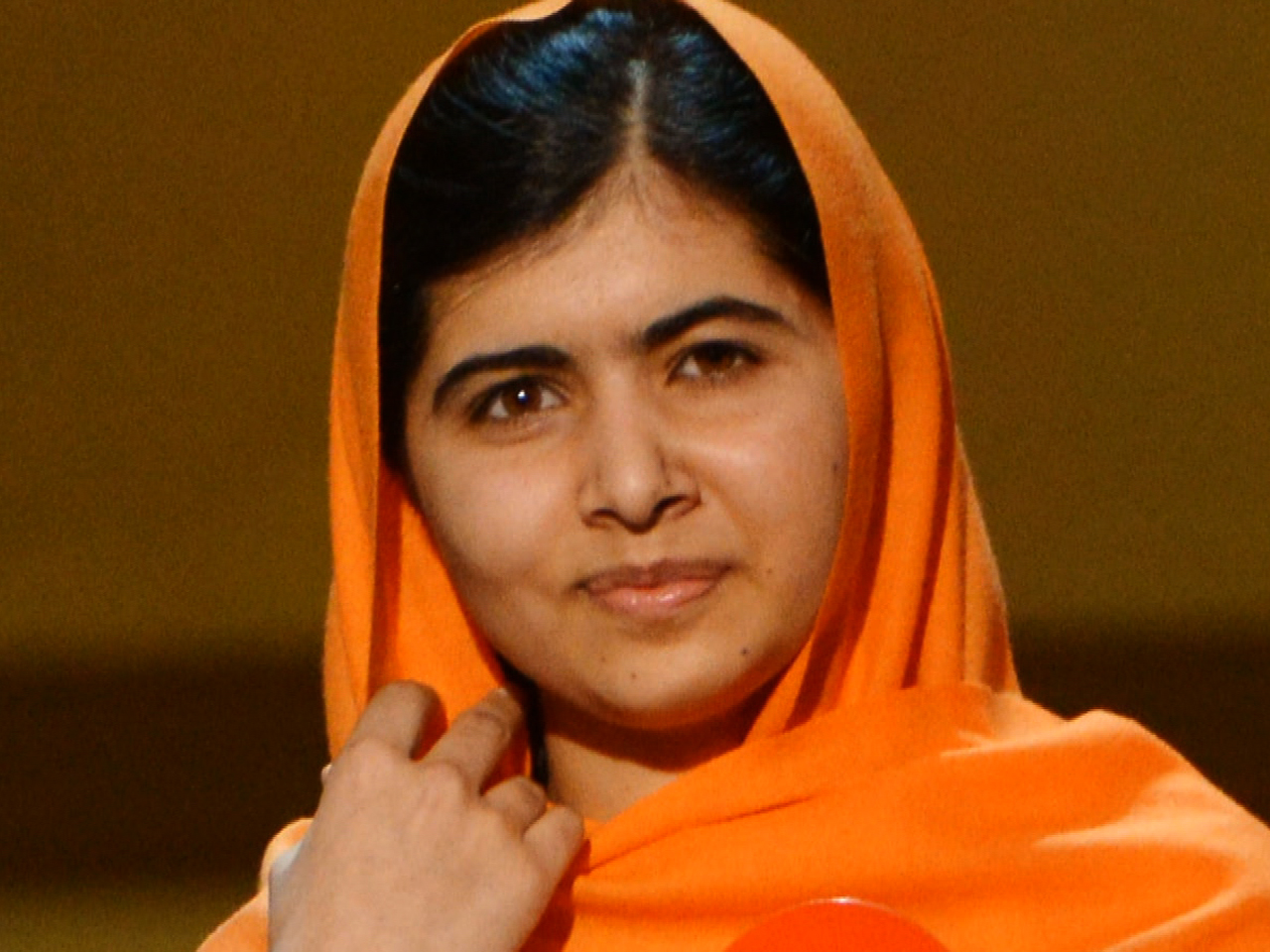 A year ago, Malala Yousafzai was recovering in a hospital bed after Pakistan's Taliban tried to kill her. Now, she is among the most famous girls in the world: a 16-year-old activist who still receives death threats from the Islamic extremist group.

A year ago, Yousafzai was shot on a school bus. The attack was ordered by Mullah Fazlullah -- who was just elected as the new leader of the Taliban in Pakistan.

It's that kind of determination that has won Yousafzai international praise and made her an unstoppable force in the fight for girls' education. Celebrities, politicians, and royals clamor for her company.

She says she even got an unheard of half-hour meeting with President Barack Obama in the Oval Office. It was there the 16-year-old girl raised one of the most sensitive issues in U.S.-Pakistani relations.

O'Donnell asked, "Is it true that when you spoke with President Obama, that you talked about your concern that drone attacks are fueling terrorism?"

Yousafzai said, "The first thing is that, it is true that when there's a drone attack those -- that the -- the terrorists are killed, it's true. But 500 and 5,000 more people rises against it and more terrorism occurs, and more -- more bomb blasts occurs. ... I think the best way to fight against terrorism is to do it through (a) peaceful way, not through war. Because I believe that a war can never be ended by a war."

O'Donnell said, "And you said that to President Obama?"

She replied, "Yes, of course."

Empowered by her experience, Yousafzai has decided to continue the fight for education from England, where her family moved after the attack. She started the Malala Fund (also @MalalaFund on Twitter), and hopes eventually to help the 60 million girls in the developing world with little access to education. The first project is underway: Sending 40 girls to school in the Swat Valley, where Yousafzai grew up.

Yousafzai said she wants to help millions of girls, adding, "but the thing is that, let's start from one and two and then go on."

O'Donnell said, "But because you were targeted, aren't there also now many girls who are scared to go to school that they will also be targeted?"

Yousafzai replied, "To be very honest, there might be few girls who would be scared, but the thing is that -- in the school bus, when I was shot, I fell down in the lap of my best friend, Moniba...and all the blood was just on her school clothes. And she could see me bleeding, and my other two friends as well, but Moniba, and all of the girls in the school bus, they are still going to school, they're not afraid."

Asked about the ban on her book in private schools in Pakistan, Yousafzai said, "I think that's a very small number of schools that has banned the book and there are millions who are buying it."

She said she doesn't think about the ban a lot.

"The first thing is that my message is education, and I hope that if I struggle for it, people would listen to it," she said.

Yousafzai certainly believes she can. The girl who once wanted to be a doctor now wants to be a world leader. When addressing the United Nations on her birthday in July, she wore the scarf of Pakistan's first, and so far, only female prime minister, Benazir Bhutto.

"When the children of Benazir Bhutto, they sent me her scarf, and when I saw it, I just -- I just tried to smell it and I tried to feel Benazir Bhutto, she -- because she was a great leader, and a woman leader," Yousafzai said. "And it shows us that a woman can be a prime minister."

Yousafzai said she wants to follow in the footsteps of Bhutto.

O'Donnell pointed out, "But Malala, you know Benazir Bhutto, she was assassinated. It's so dangerous."

Yousafzai replied, "The thing is that the Taliban had already targeted me, and I have seen that, and now it's like one of my experiences to see that. And I think that (if) one has to die, at the end, one dies. There's no one who has been living for centuries. So, the thing is that, our body is going to die, but the mission, and the campaign that we have, I want that to survive, and I want that to live forever. And for that reason, I will continue my work. And I'm not afraid of death."

O'Donnell added on "CTM" that Yousafzai will join forces with Queen Rania of Jordan for her next Malala Fund project. It's designed to help the more than one million Syrian refugee children.

Watch Norah O'Donnell's interview with Yousafzai in the video above.