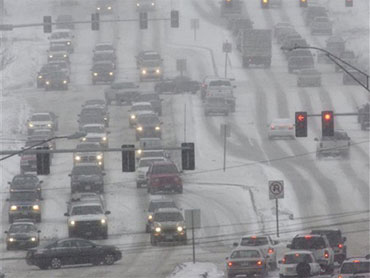 Chris Harry is a model employee for the U.S. call center industry. The 25-year-old arrives promptly at his cubicle, speaks courteously on the phone and is never late or absent.

He plans to stick with his job for three years, a boon in an industry plagued by high turnover. And he gladly works for money many Americans would scoff at - $130 or so a month.

After all, he could be back swabbing cell block floors for a third of that.

"I can't complain about fair," said Harry, who was sentenced to 10 years and eight months for robbery. "I did a crime and I'm in prison. At least I'm not wearing a ball and chain."

Prison inmates like Harry are the reason Perry Johnson Inc., a Southfield, Mich.-based consulting company, chose to remain in the U.S. rather than join a host of telemarketing companies moving offshore.

Perry Johnson had intended to move to India. But the company chose instead to open inside the Snake River Correctional Institution, a sprawling razor wire and cinder block state penitentiary a few miles west of the Idaho line.

The center's opening followed a yearlong effort by the Oregon Department of Corrections to recruit businesses that would otherwise move offshore, and echoes a national trend among state and federal prisons to recruit such companies.

"This is a niche where the prison industry could really help the U.S. economy," said Robert Killgore, director of Inside Oregon Enterprises, the quasi-state agency that recruits for-profit business to prisons.

"I'm really excited about this," he said. "We keep the benefits here in the United States with companies where it's fruitless to compete on the outside."

Prison officials have long praised work programs for lowering recidivism and teaching inmates skills and self-respect, yet have been criticized by unions for taking jobs from the private sector.

Those concerns are moot if a company planned to leave the country anyway, Killgore said. National prison labor trade groups support the idea.

Ten states including Oregon employ inmates in for-profit call centers. Oregon and many others also make garments and furniture - industries that have largely moved offshore, other than in prisons. Inmates are paid between 12 cents and $5.69 an hour, according to Bureau of Prisons statistics.

Perry Johnson Inc. opened its call center in an Oregon prison for half the price of relocating to India, and achieved many of the same benefits, according to Mike Reagan, director of Inside Oregon Enterprises at Snake River.

At Snake River, to qualify for the call center job, inmates must have three to five years remaining on their sentence. Outside, the typical turnover is nine months.

"They see an opportunity to talk to people and learn how to communicate," said Nick Armenakis, a manager for Inside Oregon Enterprises. "They are told that to keep these jobs, they have to be very patient and very contrite, and follow protocol."

The prisoners work 40-hour weeks in rows of nondescript cubicles.

Critics assail the idea of retaining American jobs in prisons as a flagrant violation of minimum wage laws and an affront to free workers.

"Obviously, it doesn't do anything for the labor market here," said University of Oregon political science professor Gordon Lafer, author of a study on prison labor.

"It's like bringing little islands of the Third World right here to the heartland of America," he said. "You get the same total control of the work force, the same low wages, and it does nothing for the inmates."

Also, convicts don't benefit much from training for jobs that no longer exist in America because they have all gone overseas or into prisons, he said.

Harry said he is thankful for the skills he has learned in prison, and intends to attend college when he is released. He kicked back in his cubicle and bantered about the weather with a customer in Houston.

"I've been here three months," he said. "Nobody's ever suspected they're talking to a convict."