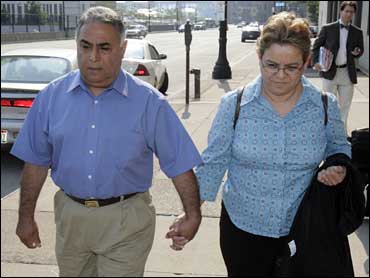 A jury on Tuesday found makers of welding rods were not liable for the health problems of a former civilian worker at a Navy base in a ruling that could influence thousands of similar claims.

Ernesto G. Solis, 57, claims years of exposure to welding fumes at his job at a Navy base in Corpus Christi, Texas, damaged his health because of exposure to manganese within welding rods. Scientific research has been at odds over whether such exposure can lead to neurological disorders such as Parkinson's disease, which diminishes movement and speech.

Solis, who has a tremor in his right hand, had his hands folded in front of him when he left the courtroom and said he would have no comment on the verdict.

The Solis case is the first to go to trial of about 3,800 cases filed nationally that were consolidated in 2003 before U.S. District Judge Kathleen O'Malley in Cleveland. The cases seek to draw a link between manganese contained in welding rods to harden a weld and neurological impairment in welders.

The jury was asked to determine whether the defendants distributed welding rods with inadequate safety warnings and instructions. The jury ruled that the companies did not.

Solis' lawyer, Scott Bickford, told jurors in closing arguments last week that his client suffers from manganese poisoning, which has symptoms similar to Parkinson's. He said warning labels on welding rods do not make it clear that the fumes can cause brain damage.

He suggested the jury order compensation within a range of $132,000 to about $1.8 million. Solis also sought punitive damages.

Eric Wetzel, a spokesman for nearly 4,000 plaintiffs, said the test case was hand-picked by the welding industry and there are other lawsuits pending in state and county courts across the nation.

"The vast majority of cases filed against the welding industry are far stronger than this one," he said. "We're disappointed but not deterred."

Defense lawyers told the jury the evidence shows that Solis does not suffer from a consistent tremor and that his health problems are not linked to welding. The defense said welding rod packages have sufficient warning labels describing fumes as hazardous.

Eric Kennedy, a member of the defense's legal team, said his side was pleased with the verdict, which he believes addresses the core issue in this case and others pending before the judge.

"This industry has believed in their warnings back to 1967," Kennedy said. "The warnings are what's common to all these cases."