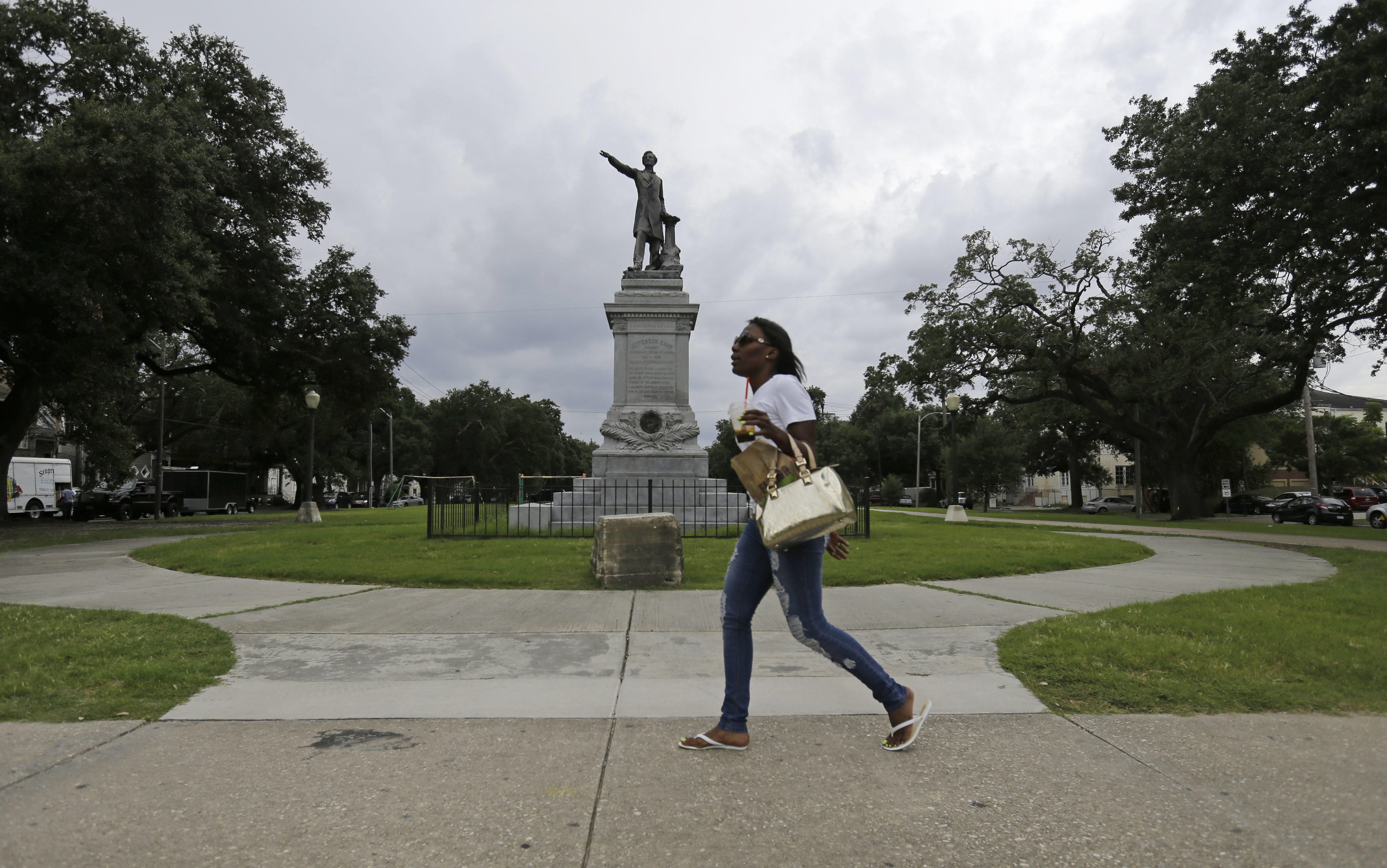 NEW ORLEANS -- A majority of people in Louisiana oppose taking down Confederate monuments, a Louisiana State University poll has found.

n Southwest Louisiana, a majority said they oppose removing Confederate statues. In every region of the state except New Orleans, more than 72 percent of respondents said Confederate monuments should not be removed, WWL reported.

A different poll, released earlier this month by the University of New Orleans, looked only at New Orleans residents and found about half in favor of removal.

At the urging of Mayor Mitch Landrieu, the City Council voted in December to remove the monuments, which are still a source of passion in this Deep South state.

The poll, which had a plus-or-minus 3 percent margin of error, was based on interviews conducted in February with 1,001 people.

The views expressed were not surprising, said Michael Henderson, the research director at LSU's Public Policy Research Lab. He worked on the poll.

"Louisiana is a socially conservative state, a Southern state," he said.

Both polls found tolerance toward Confederate symbols, even among blacks.

Taking the monuments down has been anything but easy. And they still haven't been removed, stalled by lawsuits and even death threats against contractors.

The city's plan is considered bold. Landrieu has wanted the removal to coincide with the city's 300th anniversary celebrations in 2018.

The monuments slated for removal include a 60-foot-tall marble column and statue dedicated to Lee in "Lee Circle," and a large equestrian statue of P.G.T. Beauregard, a Louisiana-born Confederate general at City Park. Also up for removal are a statue of Confederate President Jefferson Davis and an obelisk dedicated to a group of white supremacists who sought to topple a biracial Reconstruction government in New Orleans.

"The history we are taught is a Confederate history and glorification of all things Confederate is part of the history of this state," Suber said.

He said this is a "teachable moment" for Louisianans to challenge its Confederate past.

Thomas Taylor, head of the Sons of Confederate Veterans in Louisiana, said the poll shows how people "care about history."

"Are we going to erase four years of history?" Taylor said, referring to the Civil War. He added: "These aren't just monuments. These are works of art."