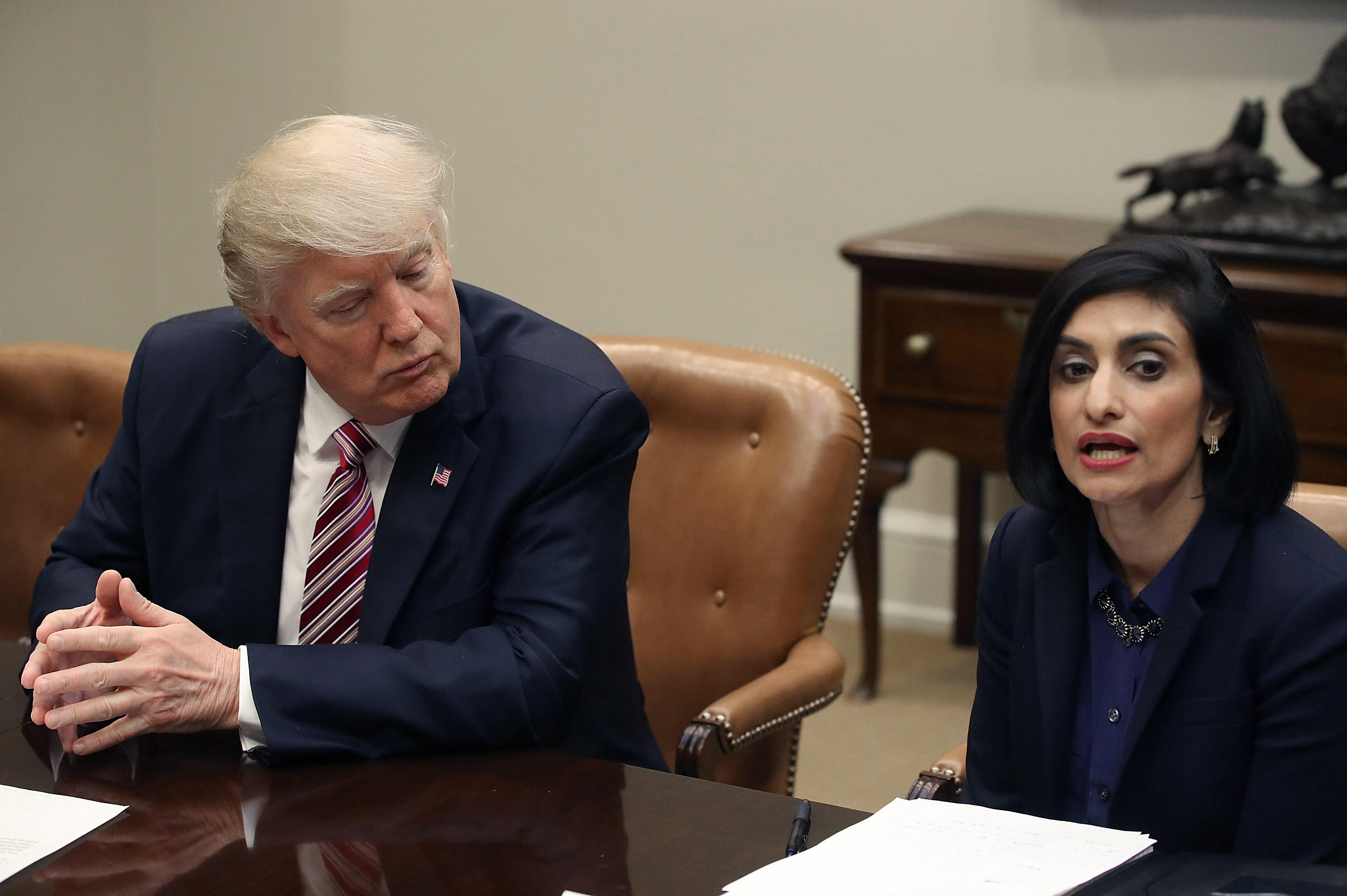 In a major policy shift that could affect millions of low-income people, the Trump administration said Thursday it is offering a path for states that want to seek work requirements on Medicaid recipients.

Seema Verma, head of the Centers for Medicare and Medicaid Services, said work and community involvement can make a positive difference in people's lives and in their health. Still, the plan probably will face strong political opposition and even legal challenges over concerns people would lose coverage.

"Our fundamental goal is to make a positive and lasting difference in the health and wellness of our beneficiaries, and today's announcement is a step in that direction," said Verma, CMS Administrator.

In a statement released by CMS on Thursday, the agency says by changing the long-standing policy it "delivers on the commitment made by Administrator Verma in her address to state Medicaid directors last November, to "turn the page" in the Medicaid program and give states more freedom to design innovative programs that achieve positive results for the people they serve and to remove bureaucratic barriers that block states from achieving this goal."

Medicaid is a federal-state collaboration covering more than 70 million people, or about 1 in 5 Americans, and that makes it the largest government health insurance program. It was expanded under President Barack Obama, with an option that has allowed states to cover millions more low-income adults; many have jobs that don't provide health insurance.

People are not legally required to hold a job to be on Medicaid, but states traditionally can seek federal waivers to test new ideas for the program.

According to CMS, meeting work and community engagement requirements will take into consideration areas of high unemployment or caregiving for young children or elderly family members. "States will therefore be required to describe strategies to assist eligible individuals in meeting work and community engagement requirements and to link individuals to additional resources for job training, provided they do not use federal Medicaid funding to finance these services."

The administration's latest action spells out safeguards that states should consider to obtain federal approval for waivers imposing work requirements on "able-bodied" adults. Technically, those waivers would be "demonstration projects." In practical terms, they would represent new requirements for beneficiaries in those states.

"Medicaid needs to be more flexible so that states can best address the needs of this population," Verma said in a statement. "Our fundamental goal is to make a positive and lasting difference in the health and wellness of our beneficiaries." For close to a year, the administration has signaled an interest in helping states that want to institute work requirements.

Advocates for low-income people said work has never been a requirement for Medicaid, a program originally intended as a health program for the poor and disabled. It now covers a broad cross-section of people, from many newborns to elderly nursing home residents, and increasingly working adults.

"It is a very major change in Medicaid that for the first time would allow people to be cut off for not meeting a work requirement, regardless of the hardship they may suffer," said Judy Solomon of the Center on Budget and Policy Priorities, which advocates for the poor. The Obama administration would have never approved such waivers, she added.

A study from the nonpartisan Kaiser Family Foundation found that a surprising number of working-age adults on Medicaid are already employed. Nearly 60 percent work either full time or part time, mainly for employers that don't offer health insurance. Most who are not working report reasons such as illness, caring for a family member or going to school. Some Medicaid recipients say the coverage has enabled them to get healthy enough to return to work.

The debate about work requirements doesn't break neatly along liberal-conservative lines. Kaiser polling last year found that 70 percent of the public support allowing states to impose work requirements on Medicaid recipients, even as most people in the U.S. were against deep Medicaid cuts sought by congressional Republicans and the Trump administration.

Thursday's administration guidance to states spells out safeguards that states should consider in seeking work requirements. These include:

—taking into account hardships for people in areas with high employment, or for people caring for children or elderly relatives.

—allowing people under treatment for substance abuse problems to have their care counted as "community engagement" for purposes of meeting a requirement.

"These modifications may include counting time spent in medical treatment toward an individual's community engagement requirements or exempting individuals participating in intensive inpatient or outpatient medical treatment, as well as supporting other state efforts" wrote CMS.

The administration said states must fully comply with federal disability and civil rights laws, to accommodate disabled people and prevent those who are medically frail from being denied coverage. States should try to align their Medicaid work requirements with similar conditions applying in other programs, such as food stamps.

"States have the opportunity to help individuals improve and enhance the skills that employers truly value," said Verma.

"People who participate in activities that increase their education and training are more likely to find sustainable employment, have higher earnings, a better quality of life, and, studies have shown, improved health outcomes," she added.

Solomon, the advocate for low-income people, said the federal government's waiver authority doesn't provide carte blanche to ignore the basic purposes of the program, and promoting work has not been on that list up to now.

"There's never been a work requirement in Medicaid, it's only been in recent years that states have raised the possibility of having one," she said. "Medicaid is a health program that is supposed to serve people who don't otherwise have coverage."